As I mentioned yesterday, I haven’t posted a Coronavirus dashboard in awhile, and with Omicron in rapid retreat, it’s time for an update.

To begin with, deaths are presently peaking at roughly 2450 a day, while nationwide cases are down almost 2/3’s: 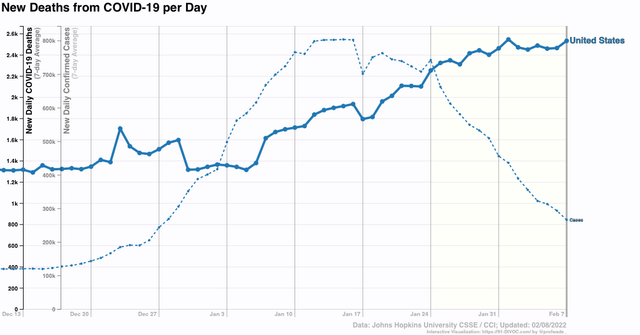 There are over a dozen States where numbers are now down close to, at, or even below their pre-Omicron outbreak levels. In particular, the Northeast region and Puerto Rico down over 85%. NY, NJ, CT, DC, DE, and MD  are at the same level as they were last April, well below their winter 2020-21 peaks, and as of yesterday were still declining with no signs of stopping. *If* the current rate of decline of 50% per week is maintained, they will be at last June’s lows in about 4 weeks: 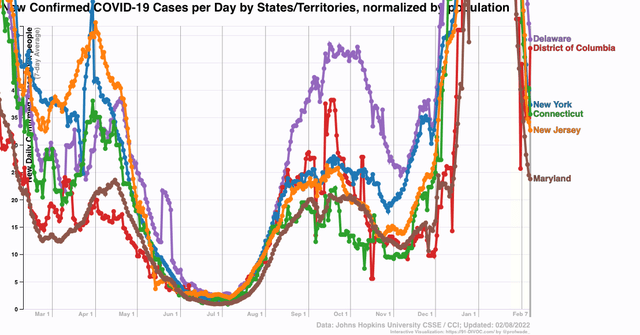 One thing that is somewhat surprising is that the relative rates of cases from Omicron does not correlate that strongly with previous vaccination rates. To cut to the chase, a previous bad Delta outbreak may have provided some protection against Omicron.
Here are the last 8 weeks (basically the time since Omicron hit) for the 10 most vaccinated (with 2 or more doses) jurisdictions, compared with the nationwide level (in red): 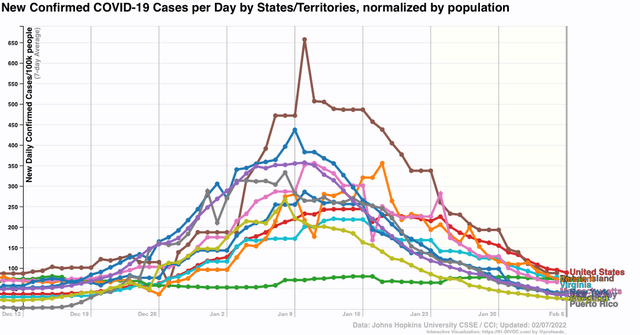 Note that many of them had substantially worse Omicron outbreaks than the average.

And here are the 10 least vaccinated jurisdictions: 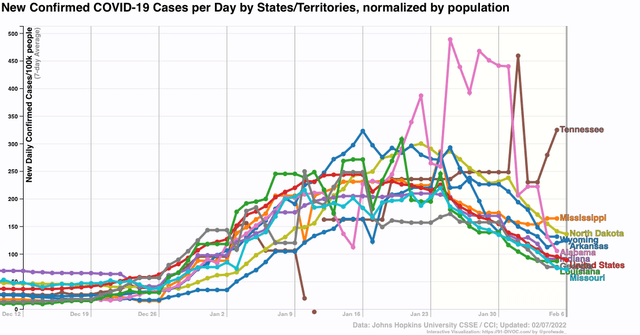 Many of these had *lower* numbers than the national average.
It appears that the heavily vaccinated jurisdictions, being urban travel hubs, were exposed to Omicron first, and are further along in their declines, while the least vaccinated jurisdictions tend to be more rural, were hit later, and are declining less so far (and Tennessee is still increasing!). This pattern is more evident when we compare the jurisdictions with the lowest current rates of infection: 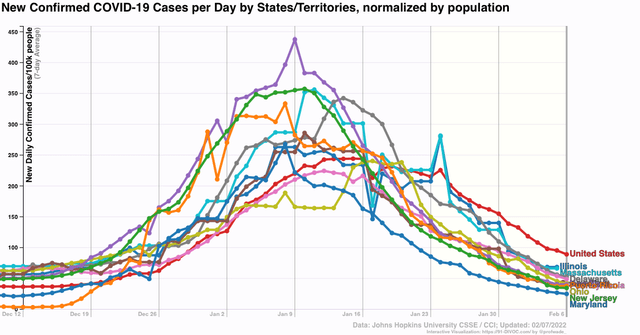 With those having the highest current rates of infection: 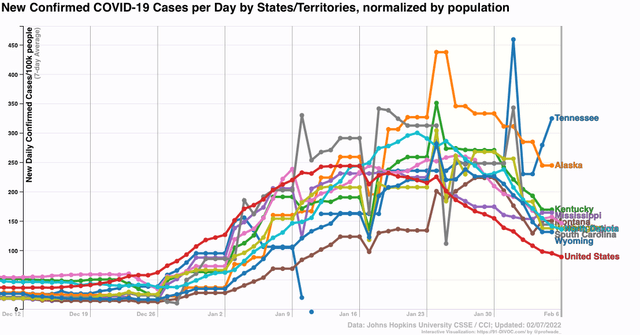