Coronavirus dashboard for May 10: stay the course!

The story in the US continues to be that vaccinations work! 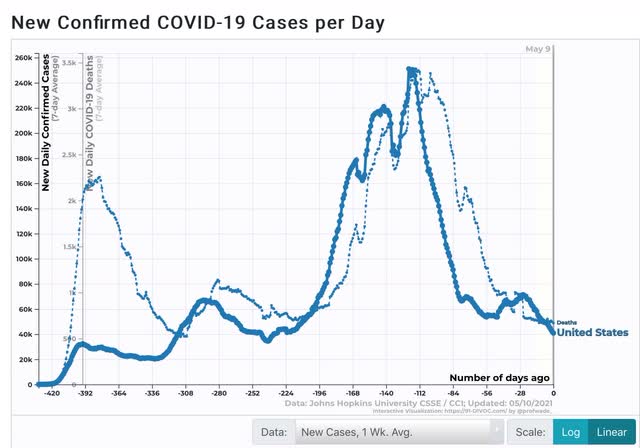 Cases are down 5/6’s from their wintertime peak. Deaths are down over 80%.
And cases are declining, sometimes strongly so, in almost all the 10 worst States, including Michigan, where they are down over 60% (and look how well one of the best States, California, is doing!): 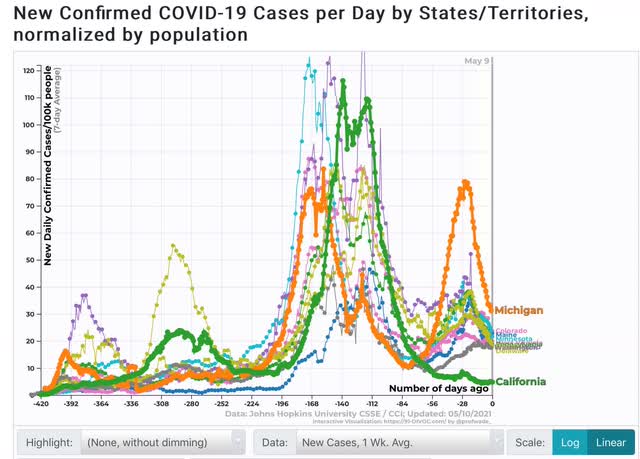 I found only 4 States where the overall trend in the past months could colorably be called increasing vs. sideways or declining - Maine, Oregon, Washington, and Colorado: 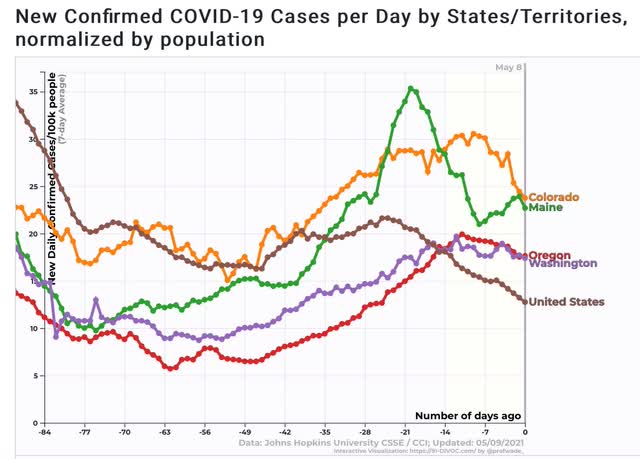 Within the week, at least 60% of all US adults will have received at least one dose of vaccine. If we figure that somewhere between 15% to 20% of all Americans have already had COVID, and that is randomly spread out among the remaining 40% of adults, then that puts the total % of adults with natural or vaccinated resistance to the disease at 69% to 72% - likely very close to herd immunity, or at least within striking distance.
That being said, we still have a ways to go to match the champions Israel and the UK, both of which have seen a decline of 95% or more in both cases and deaths - in the case of Israel, about a 99% decline: 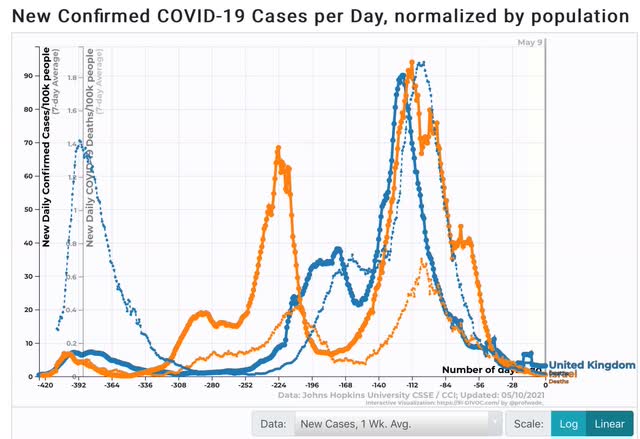