Coronavirus dashboard for November 9: Wow (and not in a good way)

US total deaths: 237,570
US average last 7 days: 939
*I suspect that the real number is about 16 million, or about 5% of the total US population
Source: COVID Tracking Project
While we have been riveted by the 2020 election, the pandemic has continued to rage out of control in parts of the US, particularly in parts of the upper Midwest and northern Mountain States.
At its peak, NY had an average daily rate of 51 infections per 100,000 people. Now,  17 States have infections rates higher than that: 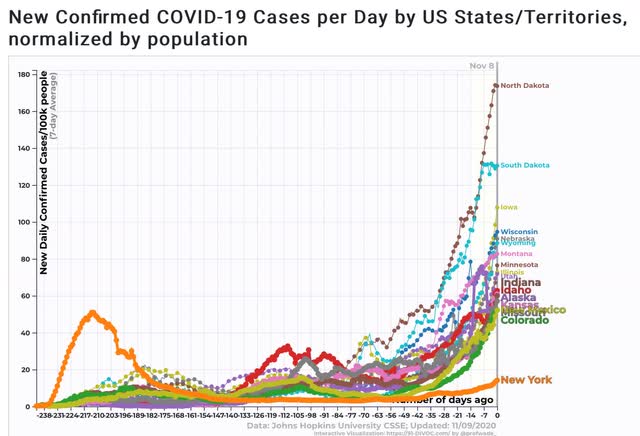 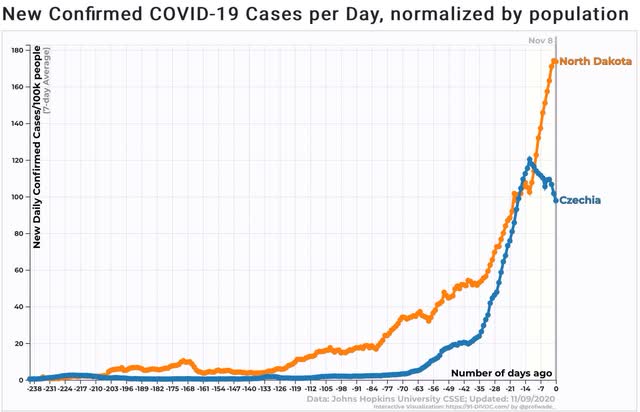 In addition to North Dakota, 5 other States have infection rates equal to or surpassing that of Czechia: 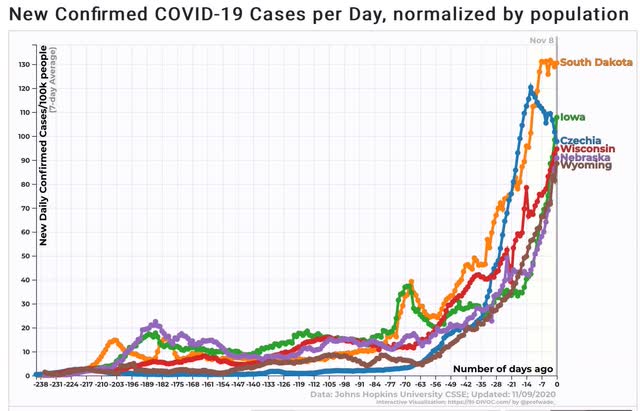 Next, here is the infection rate in 3 US States with large outbreaks: NY, AZ, and ND: 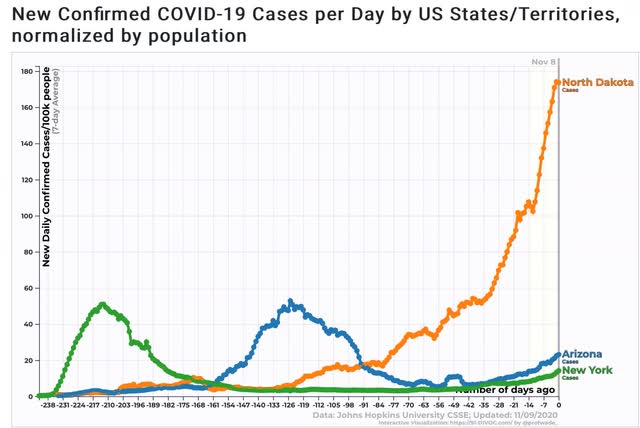 Whether due to a demographic shift in those who are getting sick (the early death rate in the US was largely a factor of so many cases in nursing homes), or due to better treatments in hospitals, the rate of deaths in the summer outbreaks (as shown by Arizona below) and *so far* in the recent outbreaks, has not come anywhere near the lethality in the early outbreak in NY: 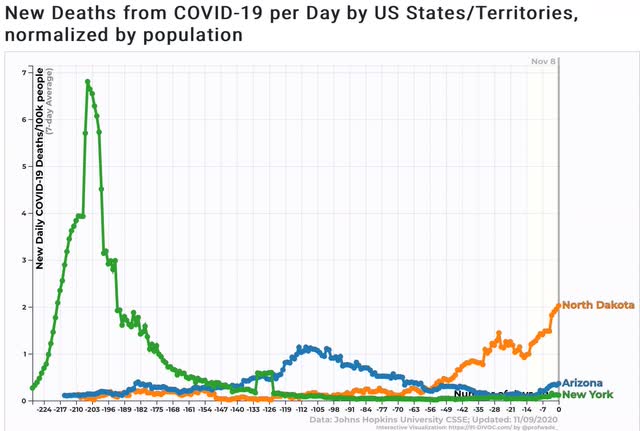 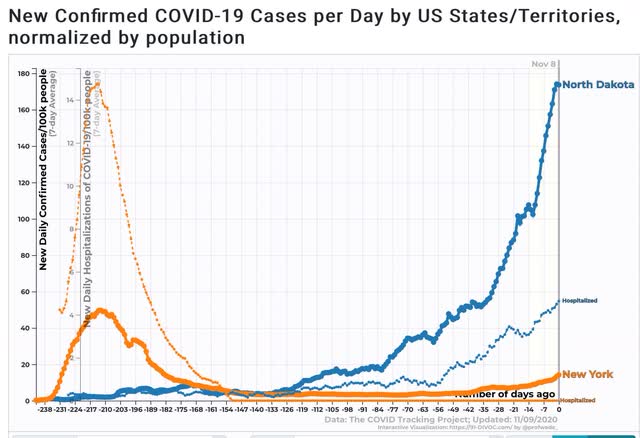 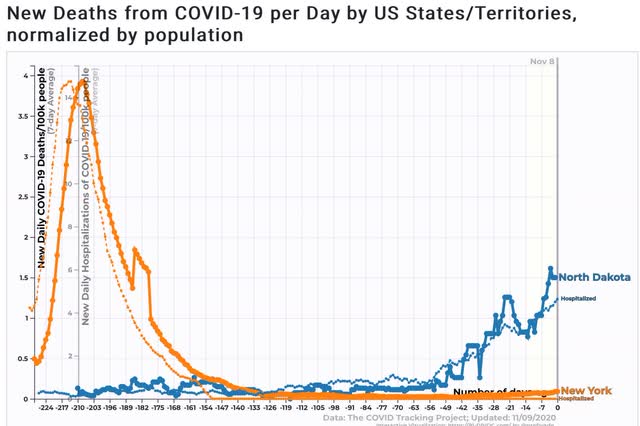 We see that deaths in ND are about 40% of those of NY at its peak.
But hospitalizations lag infections by roughly 3 weeks, and deaths lag hospitalizations by about another 2 weeks. Infections in ND have almost doubled in the past 3 weeks. A doubling of ND hospitalizations would put it at roughly 2/3 of the NY peak, with deaths expected to follow suit.
And of course there is no indication yet that ND’s infection rate has peaked. Nor, with he possible exception of South Dakota, is there any such indication for any of the other 16 States with infection rates similar to Czechia.
Sadly, it appears likely that by Thanksgiving there is going to be a full-scale emergency in parts of the upper Midwest and Mountain States similar to the one that engulfed NYC in April. And as the reality of his defeat slowly sinks in, it is highly unlikely that Donald Trump or anyone in his Administration will give a damn.
Posted by New Deal democrat at 9:49:00 AM