This morning’s consumer price index for April gives us our first indication of what the coronavirus recession has done to inflation.

Note that in 2015 when gas prices collapsed, prices otherwise continued to increase, showing the underlying strength of the economy. But in March and April of this year, even prices outside of gas declined, showing underlying weakness.

This tells us that the decline wasn’t only in typically volatile gas prices, but showed more widespread weakness - i.e., a real recessionary scenario.

Typically in recessions prices decelerate or decline more than wages. People who haven’t lost their jobs eventually grow confident enough to swoop in on bargains, creating the turning point in consumer demand that marks the bottom of recessions.

Because layoffs in April were so heavily weighted towards lower wage workers in the retail and leisure and hospitality sectors: 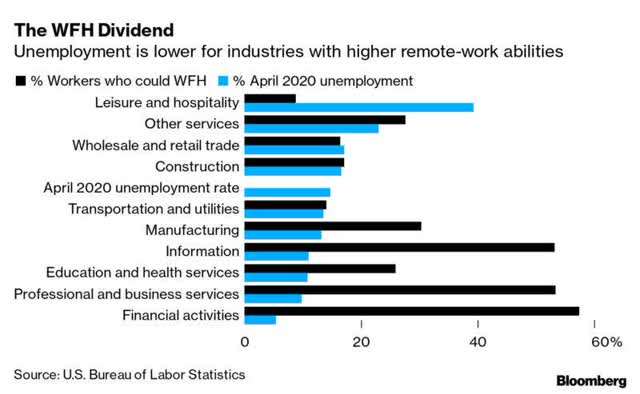 “average” wages - I.e., among those who remained - actually soared:

If competent action were taken to contain the spread of the virus, so that people got confident enough to engage economically again, this suggests that consumer demand would increase from April’s low levels right away.
Posted by New Deal democrat at 8:16:00 AM