At the start of the second half, all clear in the near term


Second half data has started out continuing to be positive.

On Monday, the ISM manufacturing index continued to be very strong. Of note, the new orders subindex, which leads the overall number, remains above 60 (h/t Briefing.com): 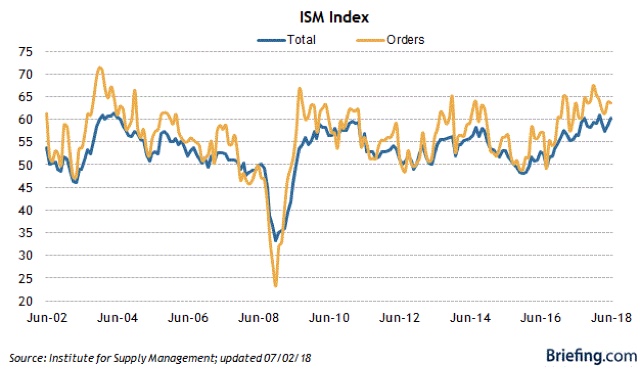 This tells me that manufacturing should remain very positive, at least for the next few months. 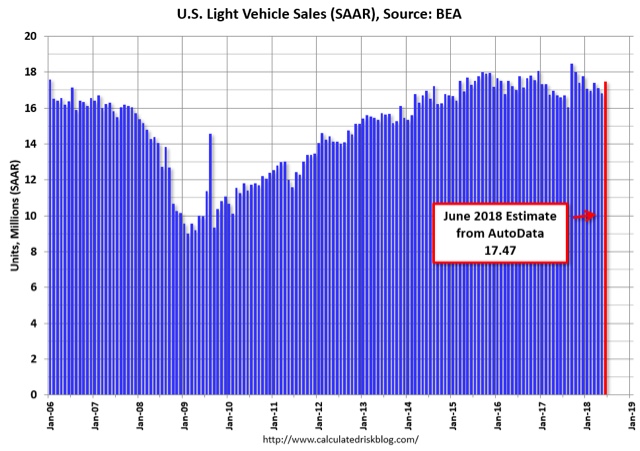 This series tends to plateau during expansions, and start to decline significantly in the year before a recession. If it were to fall to 16 million or below, I would be concerned. I'm not now.

This morning, initial jobless claims were reported at 231,000. This was -8.0% below the equivalent date last year:

Initial claims go neutral YoY before rising YoY into a recession. So for the short term, these are also forecasting growth.

Finally, for a note of some caution, here is the "quick and dirty" short term indicator of initial claims (blue, inverted) and stock prices (red, right scale):

Both of these have been going more or less sideways since February (stocks did ever so slightly make a new 3 month high in mid-June). It's not the first time this has happened during the expansion -- take a look at late 2016 -- but it does suggest there might be a slowdown before the end of the year, something that the long leading indicators were forecasting one year out at the end of last year.  And of course, a full-scale trade war could upend this analysis pretty quickly.

But for now, the signs are all clear for continued short term positivity.
Posted by New Deal democrat at 8:40:00 AM