In the last few days, the Labor Market Conditions Index and JOLTs data have given us a more detailed look at the jobs market.

The Labor Market Conditions Index is a good leading indicator for the YoY growth in jobs.  It has been positive, but abysmally so, for most of the last year.  The November data, just released, is the best of this poor lot: This suggests to me to expect a marked slowdown in job growth in upcoming months -- at very least not so good as early 2015.  But it also is not negative, and so not consistent with imminent recession.

The JOLTS is a study in sharp contrasts.  First, here is a comparison of job openings (blue) and hires (red).  We only have one compete past business cycle to compare this with, so lots of caution is required, but in that cycle, hires peaked first and then openings turned down in the months just prior to the onset of the Great Recession: 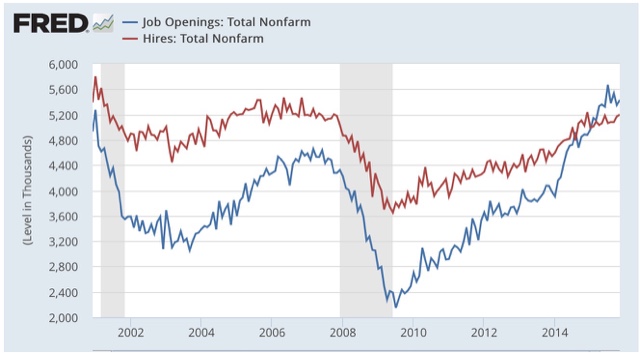 Which is what we are seeing now.

On the other hand, quits made a new post-recession record: 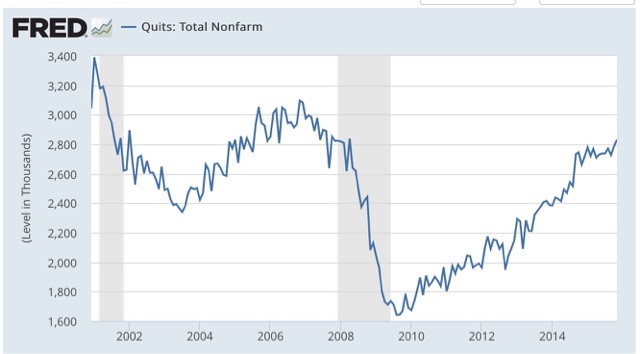 This does not suggest anything imminent.  Note, I am discounting the 2001 spike at the far left, since we have no idea whether the data before that spike would have been higher or lower.

Overall, this still looks like a late cycle slowdown, but not an actual contraction.