At the end of last year, I highlighted 5 graphs to watch in 2015.  Now that we have all of the reports through midyear, let's take another look.

After a mini-surge at the end of January (light brown in the graph below), refinancing applications fell back to their post-recession lows due to a rise in mortgage rates.  Mortgage News Daily has the graph: 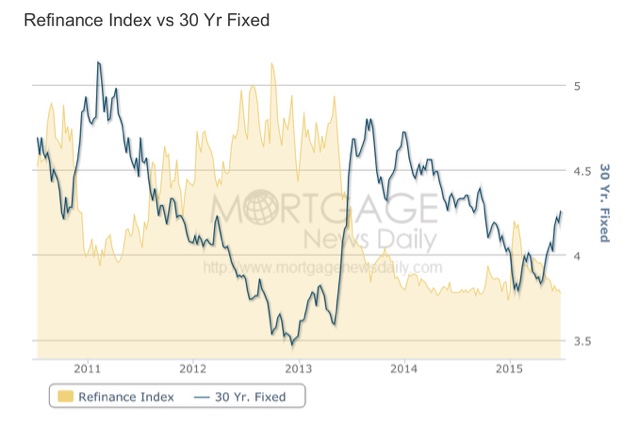 Over the last 35 years, refinancing debt at lower rates has been an important middle/working class strategy.  There is little room left for that strategy.  As shown in the below graph I first published over 3 years ago, if mortgage refinancing stays turned off too long, and wages don't grow in real terms, then consumer spending falters and so does the economy: 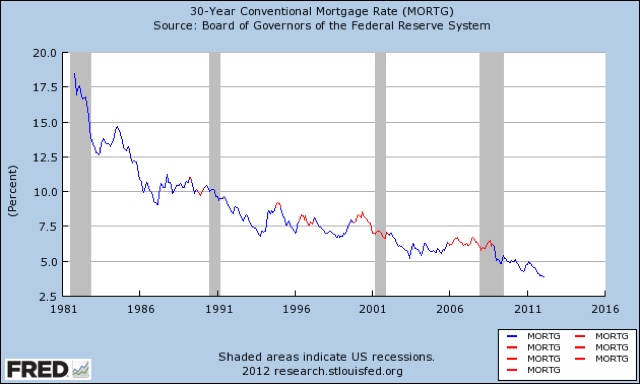 That three year anniversary is now 5 months away. 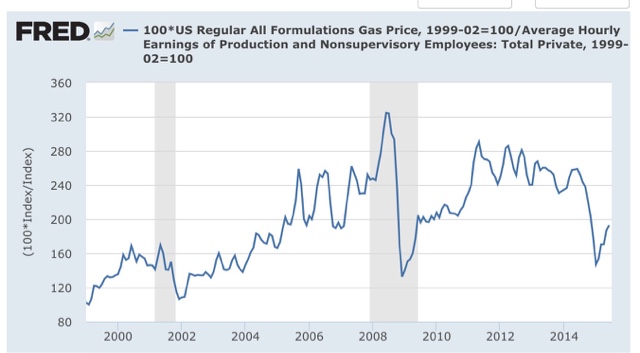 How long must a worker labor in order to buy a gallon of gas?  After skyrocketing in the lead-up to the Great Recession, gas prices collapsed, helping the consumer start to spend again on other things at the bottom of that recession.  The steep drop in gas prices late last year took us almost all the way back to that bottom.  Just as in 1986 and 2006, at first consumers saved the money, but once they loosen their pursestrings - which looks like it happened in May - this will be a strong tailwind to the economy.

Next is a graph of part time workers for economic reasons expressed as a percentage of the labor force.  In the first half, this continued to improve: 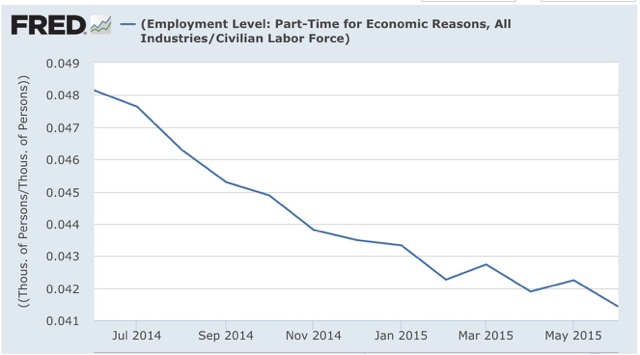 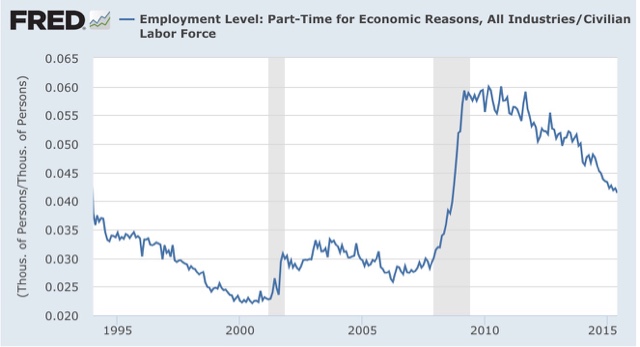 The definition of this measure changed in 1994, so the prior data is not directly comparable, but since the 1994 change subtracted about 1% from the measure, by adding 1% back in, we can get a good feel for how we compare with the recovery from the deep 1981-82 recession: 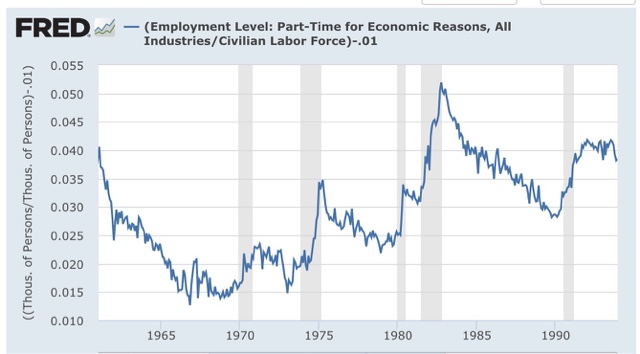 This moved generally sideways during the first quarter, but improved nicely in the last two months: 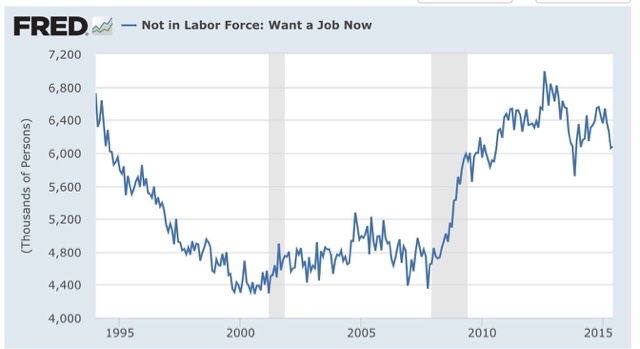 After 3 poor readings last August, December, and February, YoY growth in nominal wages fell back close to their post-recession lows before rebounding this spring.  Even so, YoY growth is still under 2%: 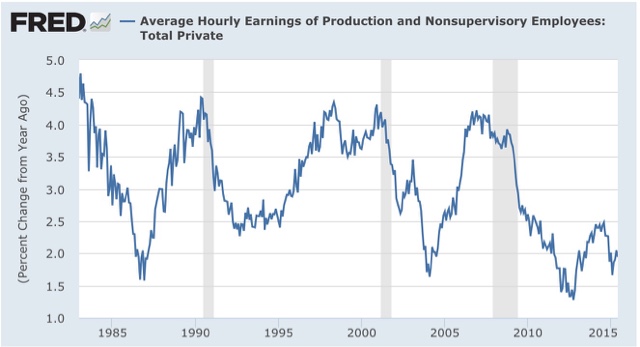 Compare our present expansion with the previous two.  In the 1990s and 2000s, nominal wage growth was started to accelerate, and was approaching 3% YoY at roughly the same time as the broad U6 unemployment rate fell to the 9.5%-10% range.  Currently U6 unemployment is 10.5%.

In summary, six months into the year there has been no real improvement in either refinancing or wages. Should wage growth not improve, and mortgage refinancing remain dormant, we are likely to run into trouble - at least deceleratiing growth - probably by early next year.

On the other hand, involuntary part time employment has improved by about 300,000, and discouraged workers who have completely stopped looking have decreased by about 400,000. Shoould those trends continue, I expect wage growth to start to accelerate in about 4 to 8 months.  Still,  if current trends continue, we won't achieve real, full employment like 1999 or even  2007 for another 1.5 to 3 years!

Finally, seasonally low gas prices continue to be a boon to consumers.