Real wages close in on 35 year high in December

The huge decline in gas prices has had a dramatic effect on consumer confidence.  As of last week, it is Near 40 year highs, ex-tech boom and 1984: 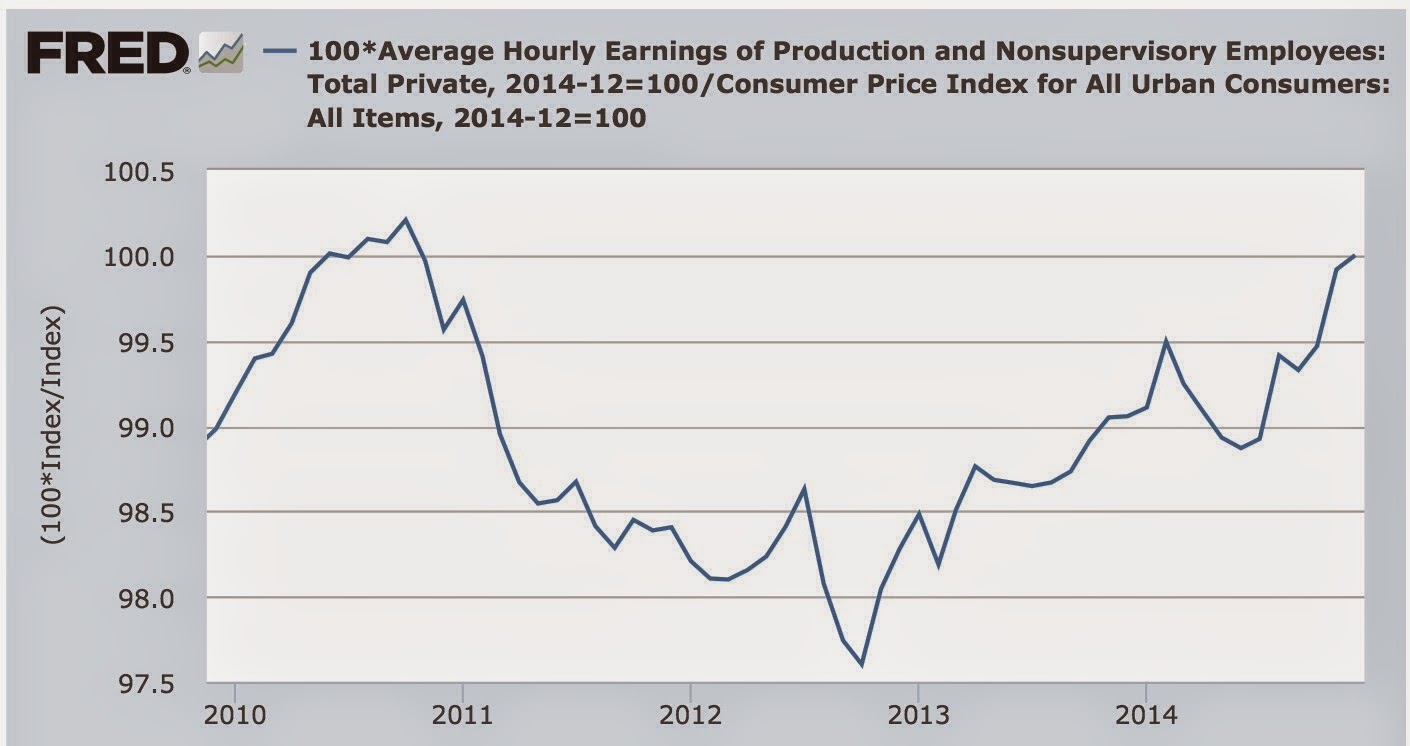 With gas prices continuing to decline so far this month, there is a decent chance that real wages will make a 35 year high: 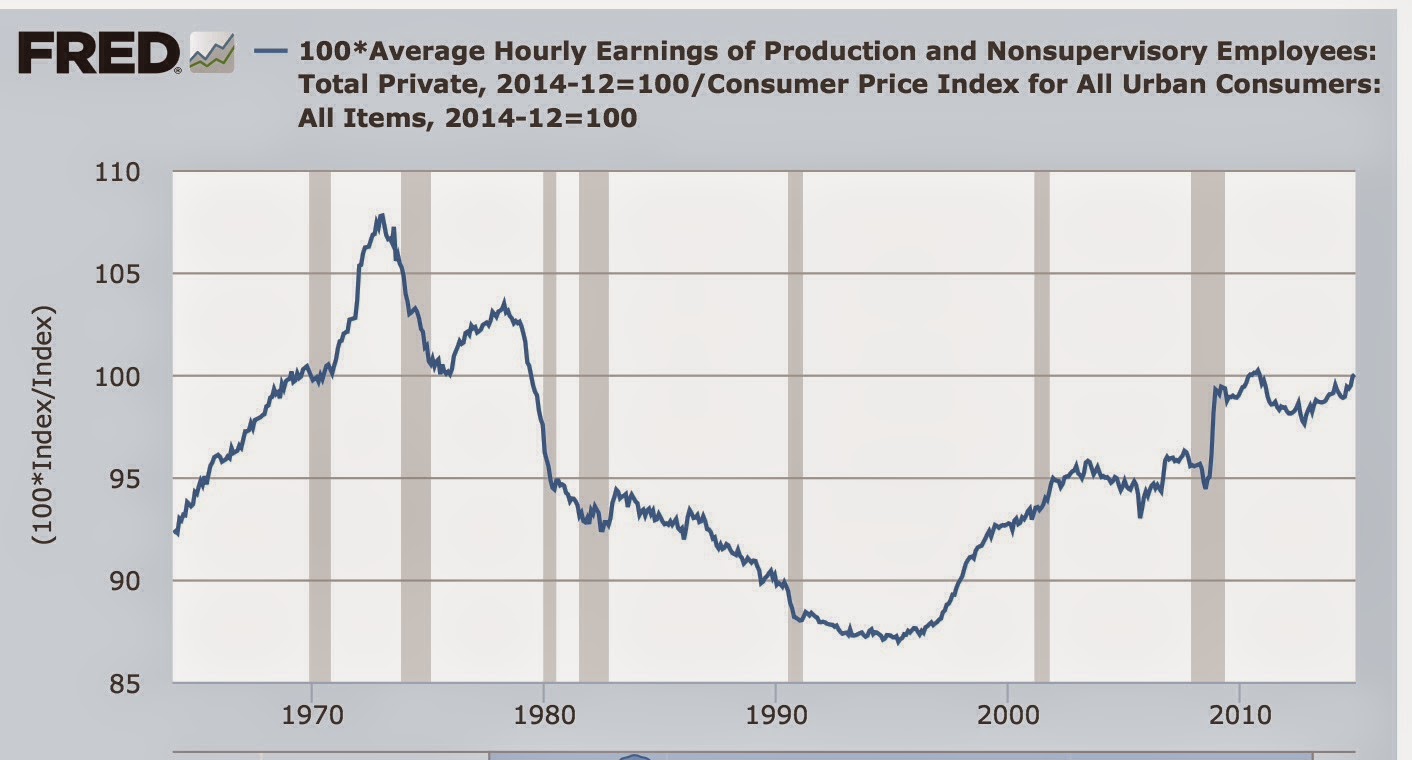 Still under the entire 1970s period, and about 8% under their peak.  But there is no denying that the decline in gas prices is having a real effect.  In fact, both significant prior advances in real wages since 2000, in late 2006 and especially in late 2008, have occurred when gas prices declined, and they are now as well.