Unemployed and underemployed but want a job now 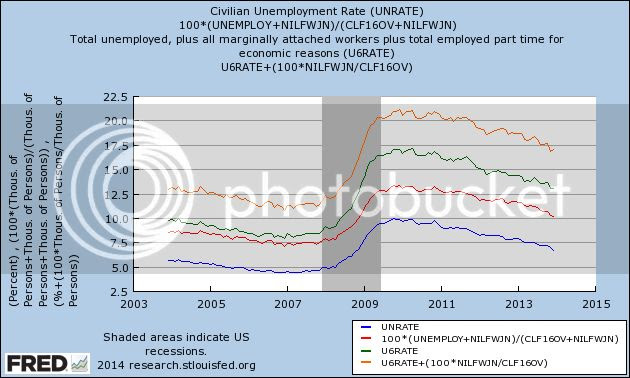 I believe this a far more accurate way to look at the issue, as compared with EPI's "missing workers" estimate.

The numbers aren't pretty now, but note that they also weren't very pretty even before the recession.