I've been saying for months that all you really need to know in order to estimate inflation is the prices of gasoline, and exactly as I predicted 3 weeks ago, the decline in gas prices to a near three year low caused October consumer prices to decline -0.1%, and YoY inflation to come in at +0.9%, the lowest inflation rate in 50 years outside of the Great Recession.  Here's the graph: 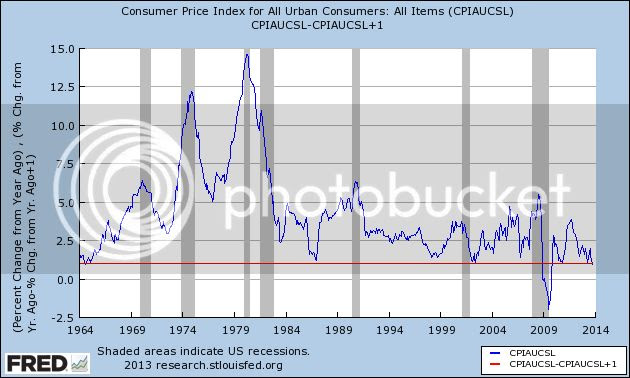 As a result of the nearly non-existent inflation, real wages have continued to improve, and are now only 1.2% below their 2010 peak: 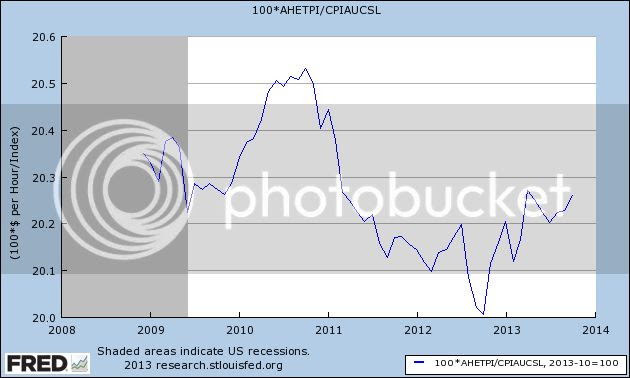 A long time ago, I pointed out that real retail sales are a particularly good leading indicator for jobs.  The YoY comparison in real retail sales had been declining, although still positive, coming into this year, but again, almost certainly due to the loosening of the Oil choke collar, the trend in YoY real retail sales has improved, as shown in the below graph in blue: 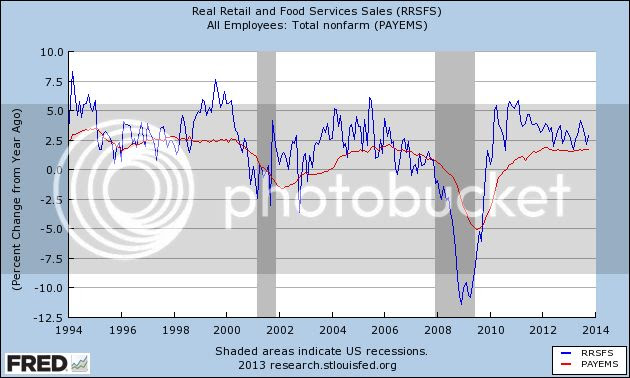