I'm still bearish on the French economy (see here and here).  The big reason is the terrible history of GDP growth.  In 2011 the economy was barely positive and in 2012 the economy has printed three quarters of negative GDP growth.

Let's look at the overall data: 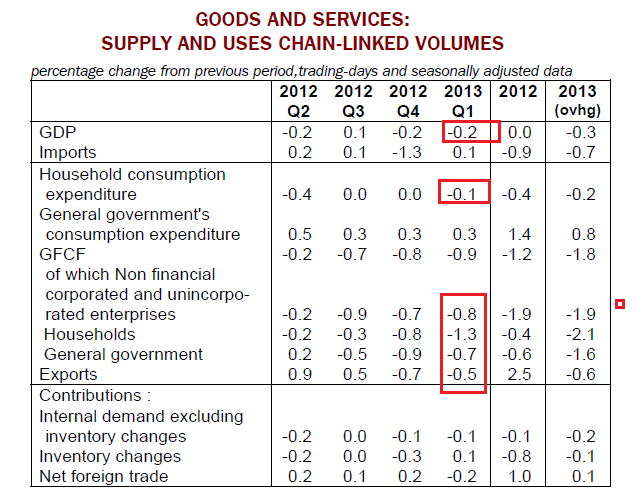 First note this is the third quarter in the last four where the economy has contracted.  And the respite from contraction in 3Q12 is hardly encouraging, as the economy only grew .1%.  Last quarter we see contraction across all major GDP categories: PCEs decreased .1%, government spending decreased .8%, all categories of invested dropped and exports declined -.5%.

The downturn in French private sector output continued in May. Unmoved from April’s reading, the Markit Flash France Composite Output Index, based on around 85% of normal monthly survey replies, posted 44.3. Although remaining above the levels registered in Q1, the latest reading was indicative of a marked rate of contraction in overall activity.

The decline was broad-based across the manufacturing and service sectors, with equally sharp falls signalled in each case. The latest drop in manufacturing production was fractionally weaker than in April, and the slowest in nine months, whereas service providers noted an unchanged rate of contraction in activity. 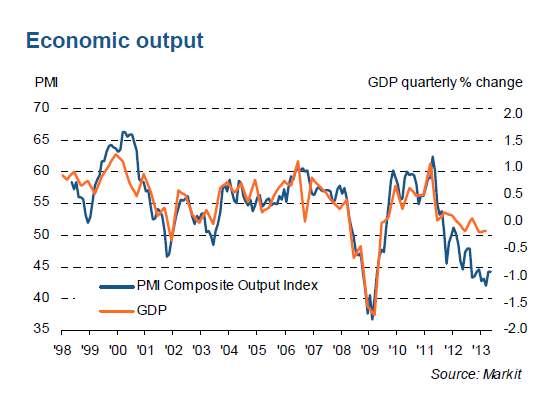 The reading has been below 50 and declining for the last year.  But going back to mid-2011, we see a large drop in overall output and production.

Let's go to the French ETF: 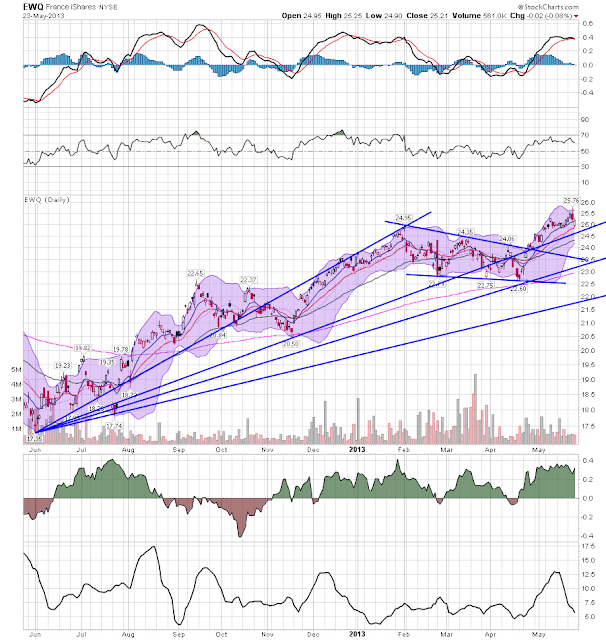 Despite my bearishness on the French economy, the French ETF continues to move higher.  We essentially see three market stages over the last year: a rally from 17.5 to 25 over the June-February time period, a market consolidation from February to the end of April when we see an ~10% correction, and then a rally from mid-April to now as the market rallies in response to the return of the risk on trade.