Food Prices Are Still A Concern

From the last CPI release:

Let's go to the charts: 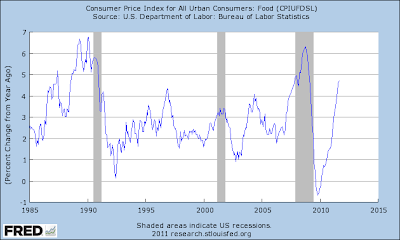 First, I use January 1, 1985 as the starting point because this is mid-way through the decade after Volcker wrung inflation out of the economy.  Secondly, overall food inflation is still moving higher at strong rates.  While the economy of the 1980s could handle current YOY levels, the economy of the early 2000s could not.  In short, this chart is pretty concerning. 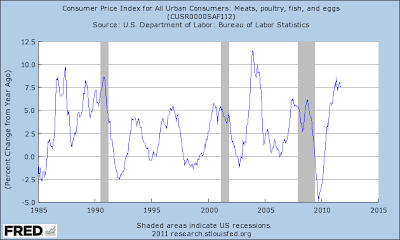 Meat, fish, poultry and eggs are increasing at strong rates, although YOY prices increased reached this point before without causing a recession. 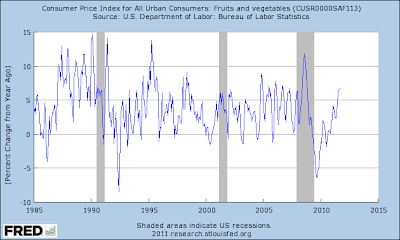 Fruits and vegetables are also increasing, but, again, at rates the economy has withstood before. 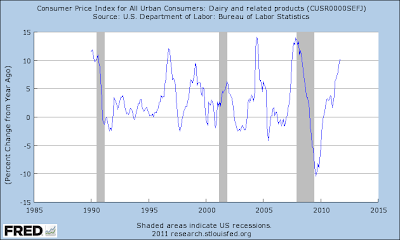 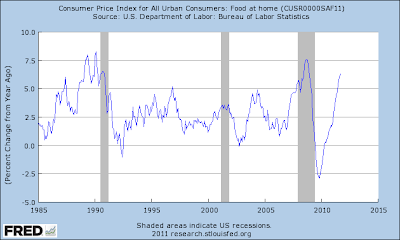 Food at home is increasing at strong paces.

My concern with the above numbers is these are price increases we see every day -- or at least once a week.  As such, we are aware of them in a pretty big way.  And the kinds of increases the charts are showing are enough to slow purchases of other items, thereby lowering overall aggregate demand.