No, There Won't Be A Double Dip

Expect the talk of a double dip recession to increase as a result of today's employment report. There are several reasons why this won't happen. 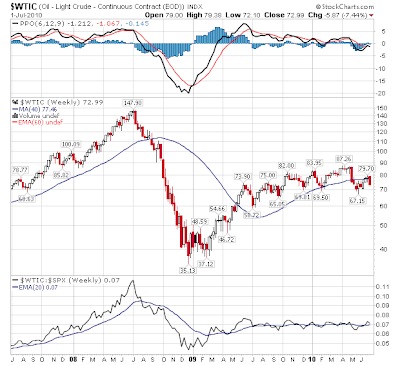 Compare the price of oil right before the last recession (roughly $150/bbl) and today's price (roughly $80/bbl). If oil increases to say $100+, then we have an issue. But there is nothing on the chart today that indicates there is a ton of upward momentum in the market. 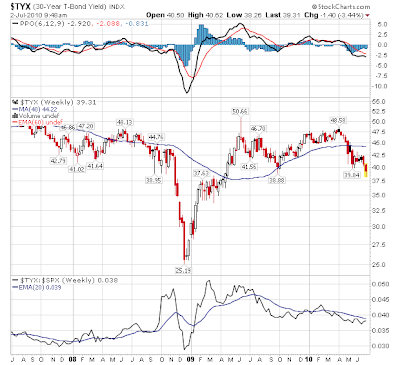 Interest rates are still low. The Fed is currently giving money away and the thirty year Treasury yield (pictured above) is still low. US Treasuries are still considered a safe haven which has lowered rates over the last few months to incredibly low levels.

For all the talk of double dip recession, what really caused the last one was an increase in interest rates: 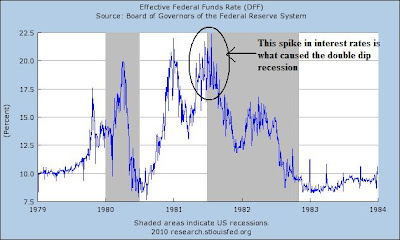 Remember that Volcker increased interest rates to kill inflation. That is what caused the last double-dip recession. Given that rates are now incredibly low, don't expect that to happen again.