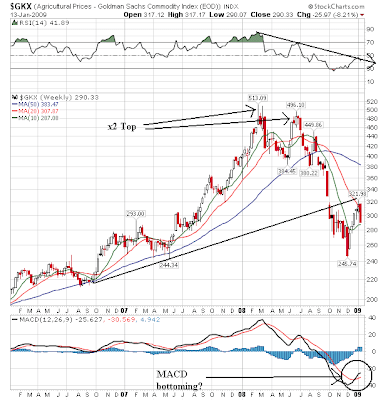 Agricultural prices were in a strong rally from 2006 - 2008. Prices formed a double top in the first half of 2008, and then dropped hard in the third quarter. Now the upward trend line that started in 2006 is providing upside resistance to prices. Also note the following:

-- The SMAs are in a bearish alignment with the shorter SMAs below the longer SMAs, but...

-- The weekly SMA has been falling for the entire year as has the MACD, but

-- The MACD may be bottoming right now 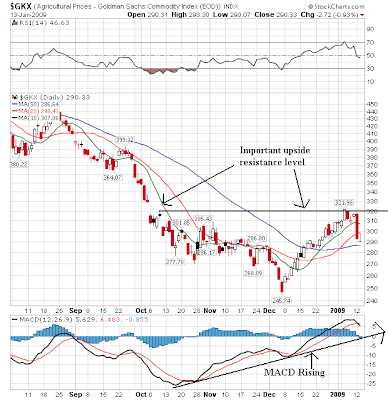 Notice the following on the daily chart

-- The SMAs are bullishly aligned with the shorter above the longer, but

-- All of the SMAs are in a tight price range

-- The MACD has been rising for the last two months, but

-- the RSI dropped off since the first of the year