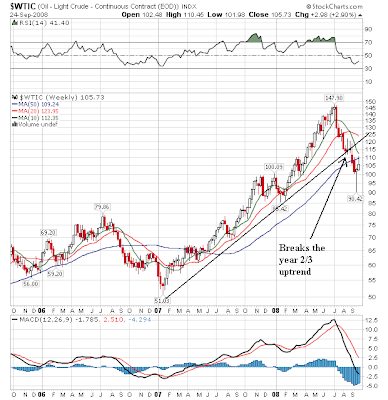 On the weekly chart, note the following:

-- Oil broke the 1+ year upward sloping trend line a few weeks ago. This indicates the major rally that has been moving oil higher is over. 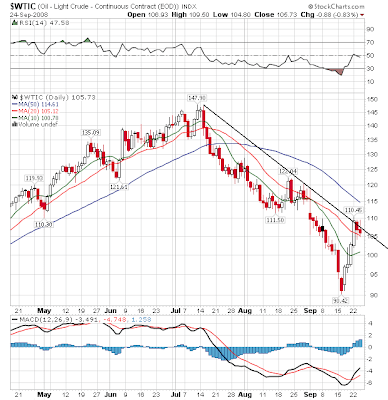 On the daily chart notice the following:

-- Prices have moved through the 10 and 20 week SMA. However, this is due to a huge market problem caused by the bail-out issue. The assumption was if the bail-out goes through the US economy will stabilize which will increase oil demand. Now it loos as though traders are re-thinking that idea.

Bottom line: these are still bearish charts.
Posted by Unknown at 8:40:00 AM