Let's continue with a look at the yen: 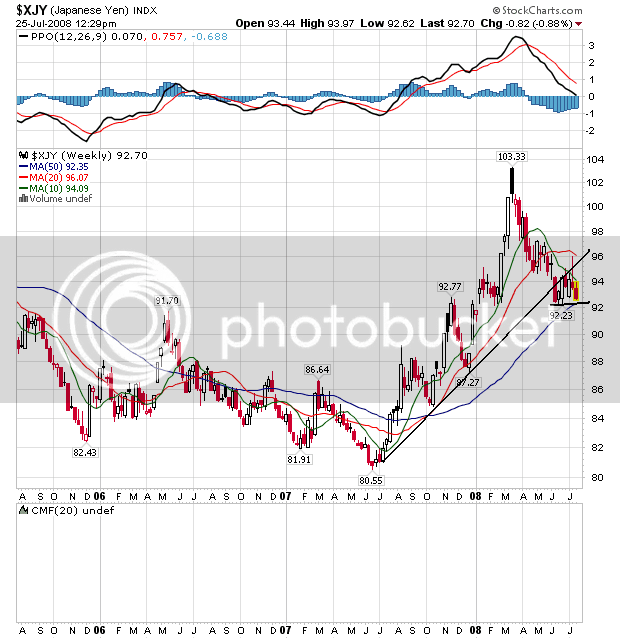 From mid-2007 until a little bit ago, the yen was in the middle of a strong rally. It continually moved through resistance and consolidated gains in a downward sloping pennant formation. Prices used the 20 week SMA as support until prices moved through this support level in March of this year. Now prices are moving sideways consolidating gains. The daily chart shows the the latest downward sloping pennant formation in better detail. Prices peaked in mid-March and moved down until mid-June. Now they are in a slight upward sloping move, but it is a very slight movement; it can just as easily be characterized as a sideways move.
Posted by Unknown at 11:35:00 AM