A Closer Look at the Early 1990s Recovery

A few days ago I posted an article on the unemployment rate and initial unemployment claims of the last three recoveries. All charts showed the same thing: while the economy recovered within a short time (3-4 quarters) employment recovered over a longer time period -- usually taking at least a year after the end of the recession to start declining. That got me thinking -- what actually happened during those recessions and subsequent recoveries? Why were they different than other recoveries where employment recovered at a faster pace? So, let's take a detailed look at each of these recessions and the quarters afterwords to see exactly what happened. 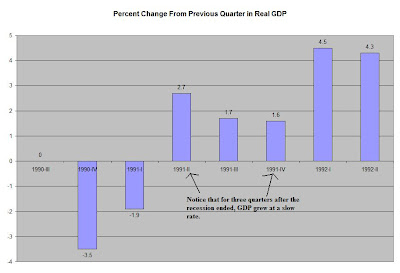 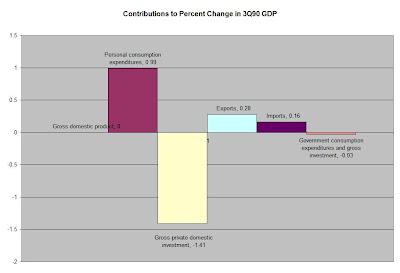 The recession started in 3Q90 when GDP printed 0% growth. However, notice that PCEs are still strong enough to offset the big negative contribution from gross private domestic investment. 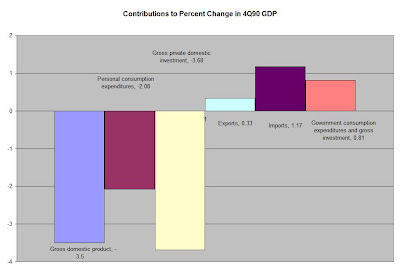 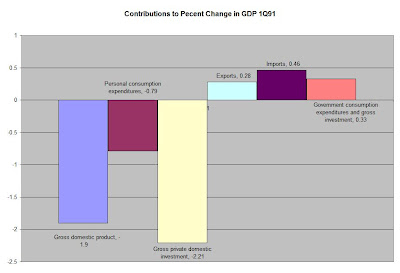 GDP contracted at a slower pace in the 1Q91, but the economy still had to contend with a massive cut in domestic investment.

Here are two charts of the percentage change in investment: 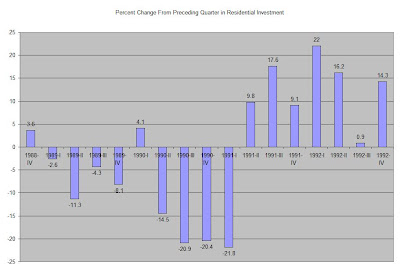 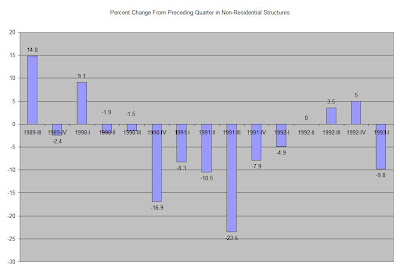