This week I'm going to start with the yen because of an important development on its weekly chart. 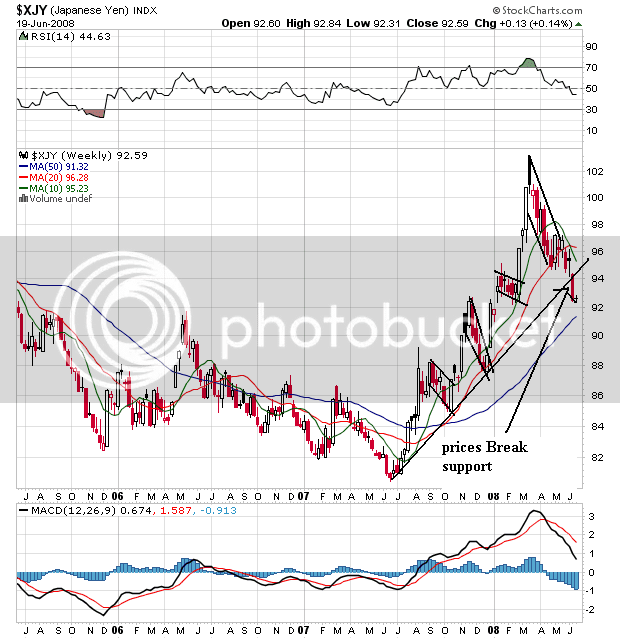 The yen has been rallying since last summer, although it has been a very "spikey" rally -- it has moved up, then down sharply. This week the yen broke through support established over the last year. The primary reason for this is a general weakening of the Japanese economy. A weaker economy means the currency is less desirable. It also means the possibility of the Central bank increasing interest rates is less likely to happen. 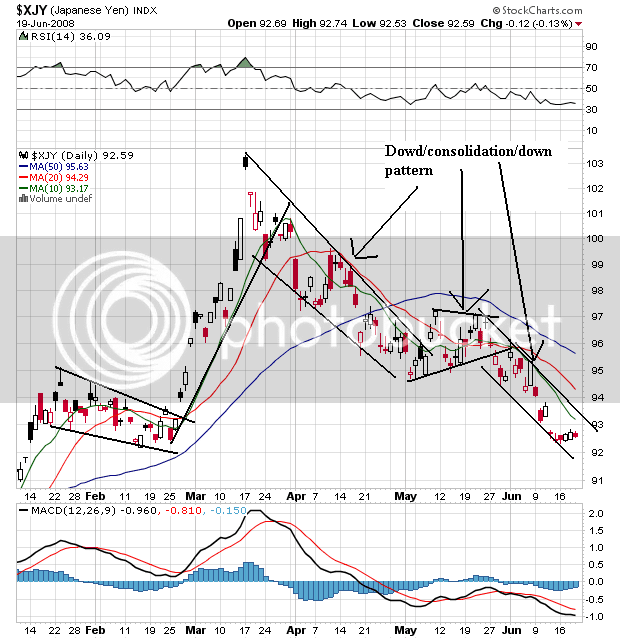 On the yen's daily charts, notice the following:

-- All the SMAs are heading lower

Short version -- this is a very bearish chart The weekly euro is the strongest chart. Notice it has been rising for two and a half years. As it has risen it has continually moved through resistance and then consolidated those gains after the rise. Also notice the 20 and 50 SMA are moving higher and the shorter SMAs are above the longer SMAs. While the 10 week SMA is moving down, this is a standard alignment in a bull market. It's not until the SMA crossed below the 20 week SMA that we should get concerned. 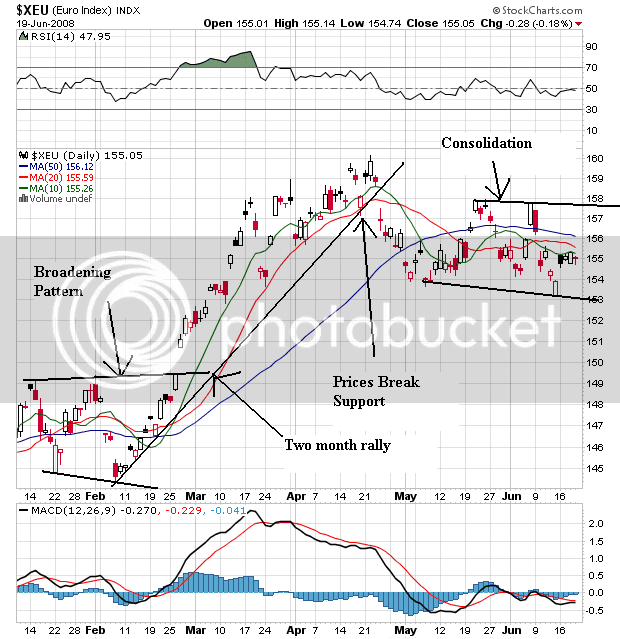 The Euro started the year in a broadening consolidation pattern. Then is rallied from mid-February to mid-April. It broke through support in mid-April and has since been trading pretty much sideways. Notice that prices and all the SMAs are bunched up in a big way with no clear direction one way or the other. 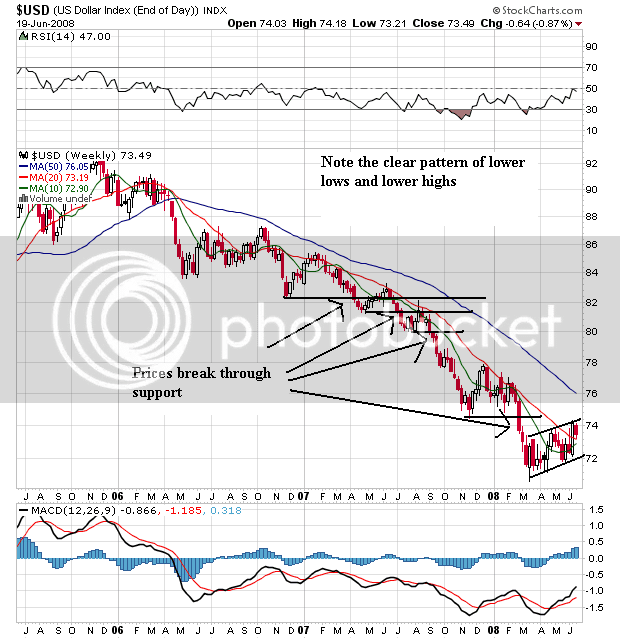 Finally we have the dollar, which is one of the best examples of a bear market chart I have ever seen. Notice that prices have been dropped for the better part of two years. Also notice that

-- Prices are currently in a consolidating pattern, waiting to see what will happen next. 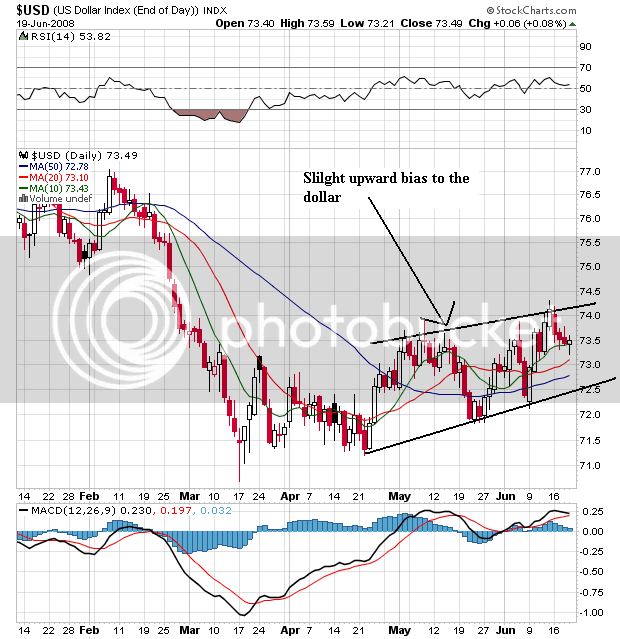 On the daily chart, notice the following positive developments:

-- Prices have been moving higher for a few months.

-- The SMAs are bullishly aligned

-- Prics are just above all the SMAs

This move is largely from the government officials talking up the dollar. However, the dollar will probably need some action (as in interest rate increases) for this trend to continue.
Posted by Unknown at 5:02:00 AM