Has the energy bust helped or harmed average Americans?

In the last week, we've seen an emergiing Doomer meme of, "See, we told you, the decline in oil prices has harmed the economy!"

Here's a quick question: would you rather have high commodity prices or lower commodity prices?  It's pretty clear that being able to run an economy on low priced goods is a boon.  That doesn't prevent the pain to commodity producers being concentrated in time, while the benefit to consumers is spread out over a longer time.  It's still a net boon.

And the fact is, average Americans have benefitted from the decline in oil prices.

First of all, here is employment growth measured YoY.  I've marked the month of June 2014 after which the big decline in prices began: 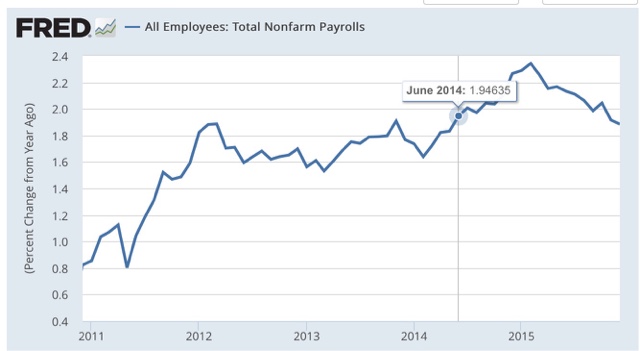 Outside of the last 2 reporting months, we had the best employment growth of the entire expansion coinciding with the big decline in energy prices. 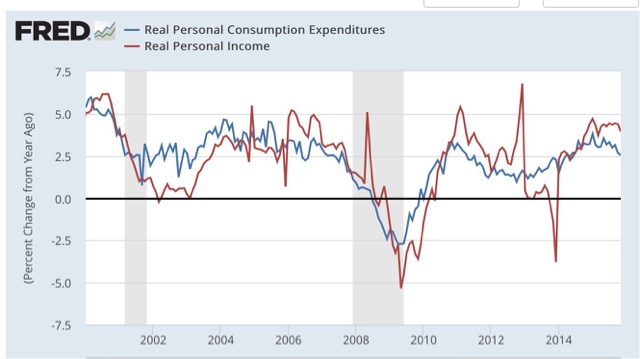 We've had some of the best income growth in the last 16 years due in large part to the decline in energy prices.

But Doomers still point to the fact that income growth has outstripped spending, as consumers have saved at least some of their gas savings.  True enough, but let's zoom in on the last 5 years. Again, I've tagged June 2014 so it is easy to compare growth since the big decline in energy prices started: 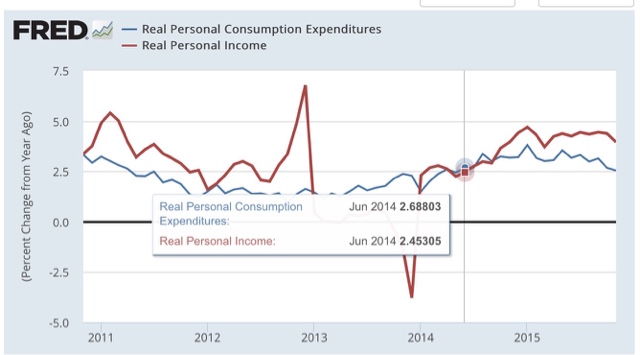 The simple fact is, except for the last 2 months, not just income, but spending also has risen more during the energy bust than before it.

Yes, the energy bust has devastated the Oil patch, and the surge in the US$ has harmed producers in general.  But American families on average have seen their lot improve.