Let's flesh out the data. 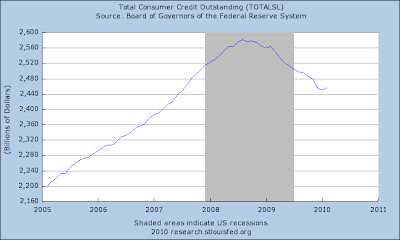 Note that consumer credit starting dropping at the end of 2008 and continued to drop for all law year. We've only seen a possible bottom this month. 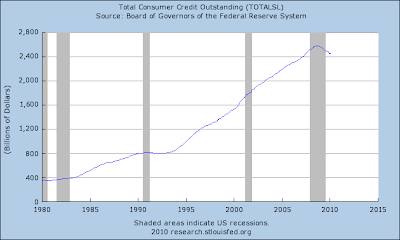 Note that in almost 30 years of data, this is the first time we've seen a decrease. The pace of expansion was moderate in the early 1980s followed by a slightly steeper increase. Demand leveled out in the early 1990s leading to a steep increase that lasted until the beginning of this recession. 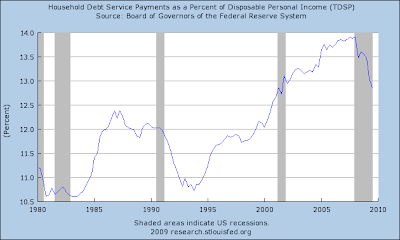 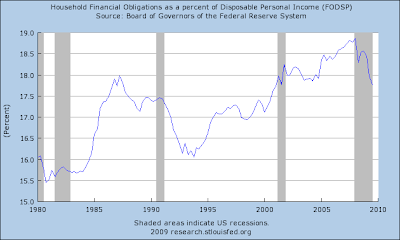 Both of these ratios started to increase a bit before 1995 and continued to increase until the latest recession. Note the steep drop over the last ~year as households have sought to de-leverage themselves. 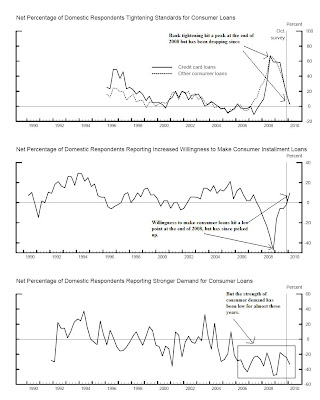 Notice that willingness to make loans hit a low point at the end of 2008, but has since opened up.
Posted by Unknown at 1:00:00 PM