Over the next few weeks/months, we'll be witnessing another round of incredible budget stupidity from Washington.  As we see that, let's also remember that an issue they should be dealing with  -- the terrible unemployment situation in the US - has not been talked about or dealt with in any way over the last several years.

The good news on employment is the leading indicators of employment are strong. 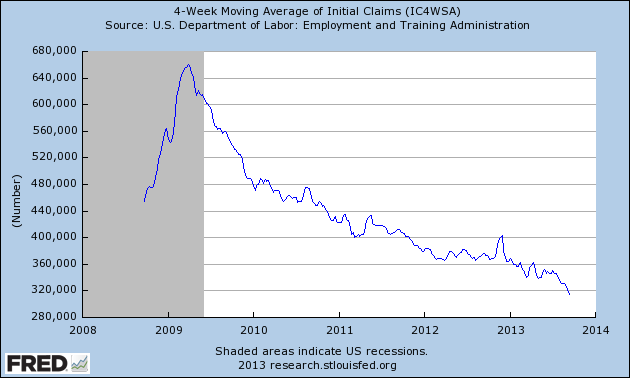 The four week moving average of initial unemployment claims has been dropping consistently since spiking at the end of the recession, and is now printing below 320,000. 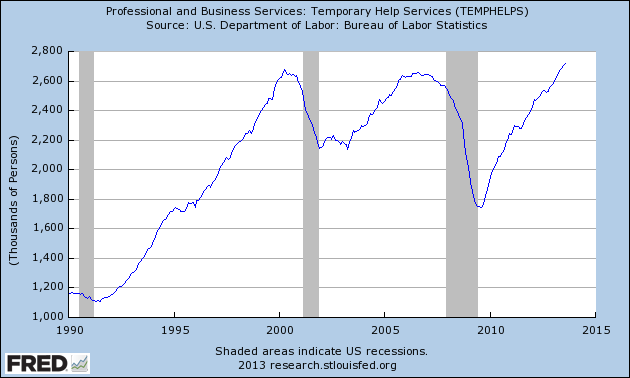 However, that is where most of the good news ends.  First, there is little confidence in the employment situation as evidenced by the following. 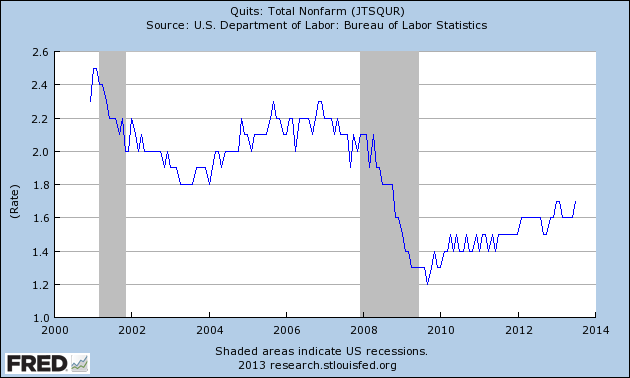 People are quitting at low rates.  If employees thought there was a high prospect of a job around the corner, we'd see this number at higher levels.  But people aren't quitting their jobs, which tells us they are concerned that if they quit, they won't be able to find another job. 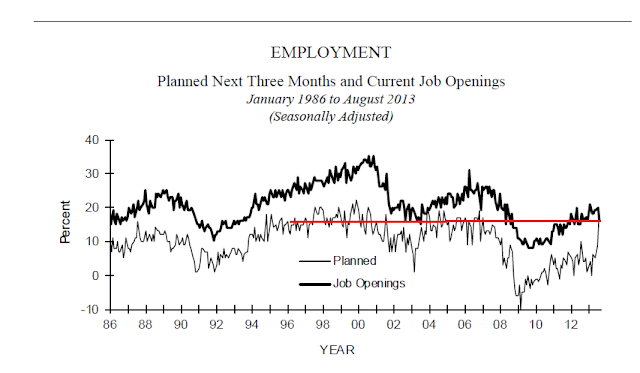 At the same time, hiring plans surged in the latest NFIB report.  However, this is one month of data, and this data point is at odds with other data points in the small business survey report.

And employers are being very cautious in their hiring. 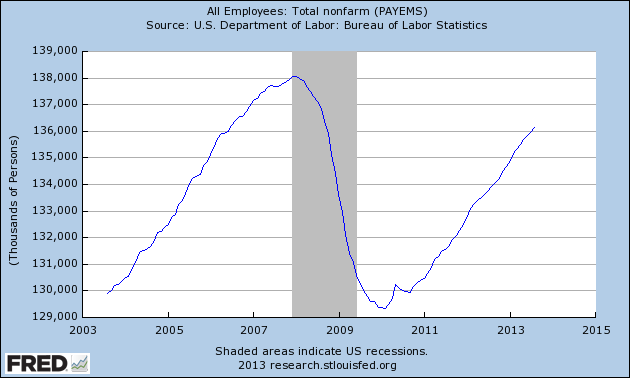 Total non-farm employment has been increasing over the last few years.  But it's still 2,000,000 below the highest level of the latest expansion. 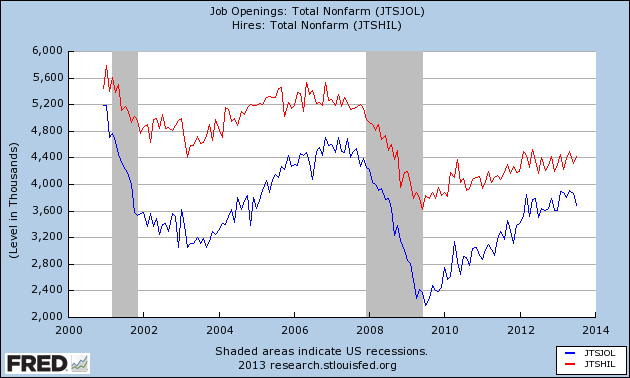 The above data is from the JOLTs survey.  Job openings (in blue) cratered during the recession, but has since bounced back.  However, hires have stalled for the last year and a half at levels below the lowest level of the previous recession.

And finally there is this: 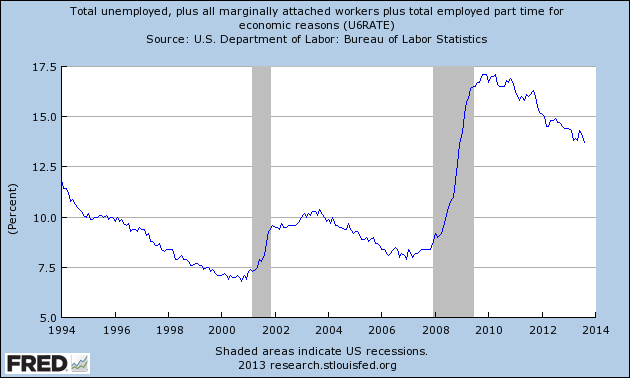 The US labor force is being horribly underutilized right now.

Here's the bottom line.  For the last three years, the budget bullshit has taken precedence in Washington.  No one is talking about dealing with unemployment on either side of the aisle.  And that is the real crime.