All is not lost. There can be light at the end of the tunnel.

Italy - the epicenter of the pandemic several weeks ago - has clearly turned the corner, recording fewer new cases day/day (from the Financial Times): 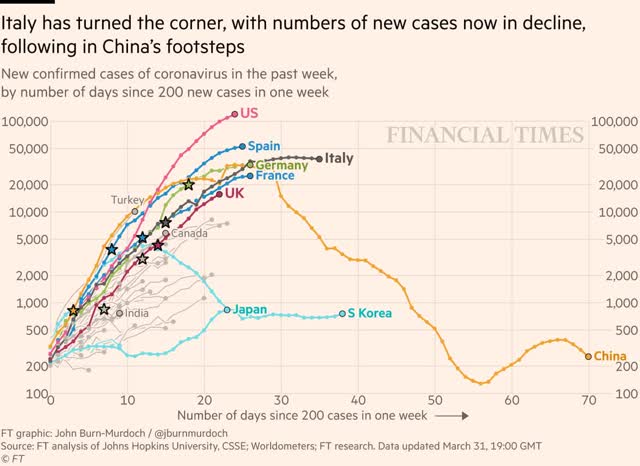 It joins China and South Korea as one of the countries on the downside of new infections. Note that Germany and Spain also look like they are on the verge of peaking as well. And even Spain and the US show signs of “bending the curve.”

Further, within the US there are indications that those States which moved the earliest to lockdowns in several of their metro areas - Washington and California - have also successfully “bent the curve,” with a far slower rate of increase than other metro areas: 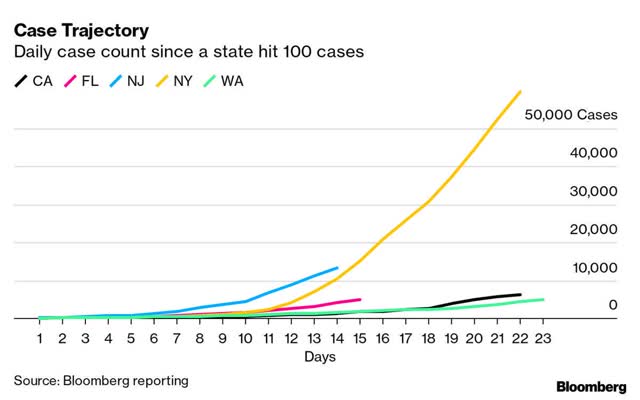 So why does New York City have such a bad trend? I strongly suspect that the inability to test in February and early March meant that the virus spread underground for weeks undetected. It had a running head start. Here’s a map from early March showing infections by US metro areas. Note that San Francisco and Seattle are almost as bad as NYC: 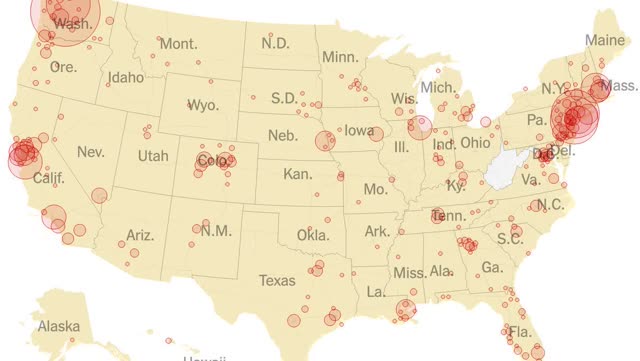 I haven’t been able to find it, but I remember that the earliest versions of that map showed SF and Seattle as epicenters, with curiously few cases in NYC. It sticks out in my mind, because NYC along with the three big West Cost metro regions has the most contacts with China, and I expected the virus to spread there the earliest as well, and I was surprised that the time that it apparently hadn’t.

The first “shelter in place” statewide orders went into effect on Friday March 20. In a few days we should begin to see the effect of those show up in daily infection totals.
Posted by New Deal democrat at 8:20:00 AM