This is part of the Bonddad Economic History Project 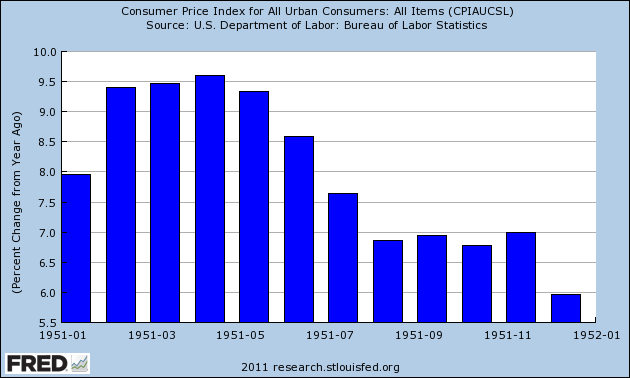 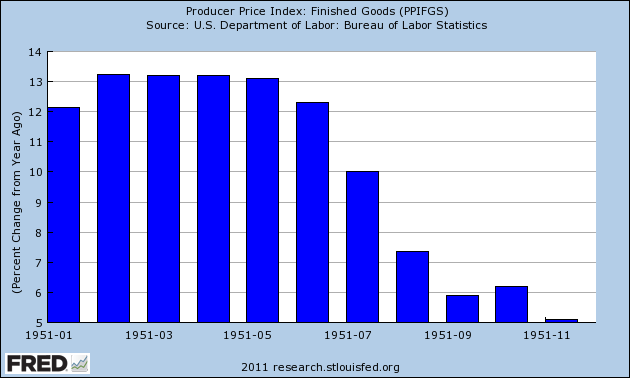 Remember that the early 1950s saw tremendous growth in consumer demand and employment growth (see here and here).  Hence there is s tremendous amount of demand pull inflation in the economy.  In addition, the US is now producing for a massive war effort, which greatly increases the demand of basically every raw material.  As such, inflation increases.  Yet, in 1951 we see a decrease in inflation, which leads to the question, why?

Price controls.  In 1951, Congress passed the General Ceiling Price Regulation of 1951, which froze prices at their highest level reached in late December 1950 and late January 1951.

Also of extreme importance this year was the Treasury Fed-Accord of 1951, which was:


Agreement between the U.S. Treasury Department and the Federal Reserve Board of Governors that enabled the Fed to pursue an active Monetary Policy, independent of the Treasury and the federal government. Before 1951, the Fed had to assure low cost Treasury financing by purchasing Treasury securities at a set price. Afterward, the Federal Reserve Open Market Committee was able to purchase as much, or as little, of Treasury securities offered for sale by the Treasury Department as it wanted, instead of having to buy whatever the Treasury issued at the prevailing rate. Also known as the Treasury-Fed Accord.

You can read a more complete history at the Richmond Fed.


In short, the Fed no longer had to buy bonds at set prices; as such lenders could no longer count on
the Fed to purchase bonds whenever they (the lenders) needed to extend credit.  As such,

While the Fed did not raise the discount rate, they did increase the reserve requirements for banks, and the margin account requirements for stock purchasers.  They also tightened installment credit terms and real estate lending.  In addition, there was also a voluntary restraint on "non-essential lending, related to war activity.
The charts below, from the Federal Reserve report, show the changes in overall credit for year. 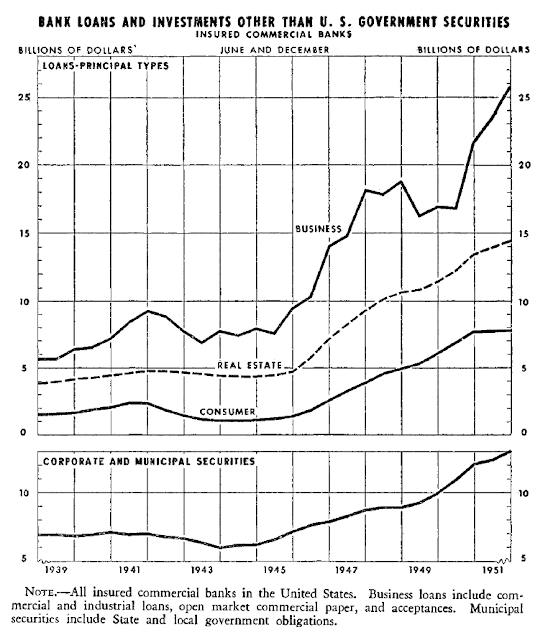 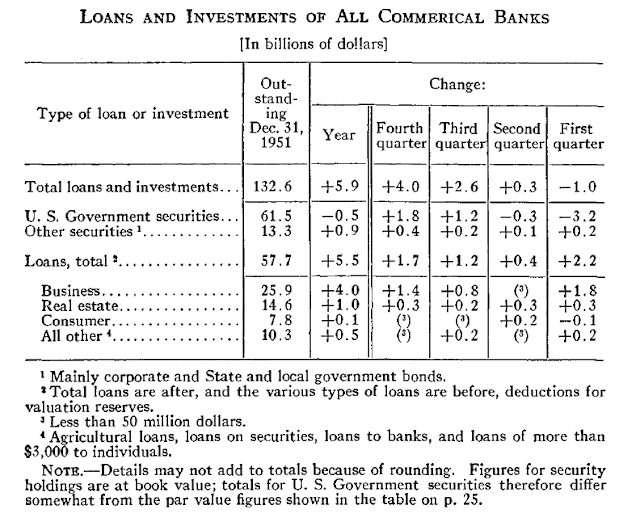 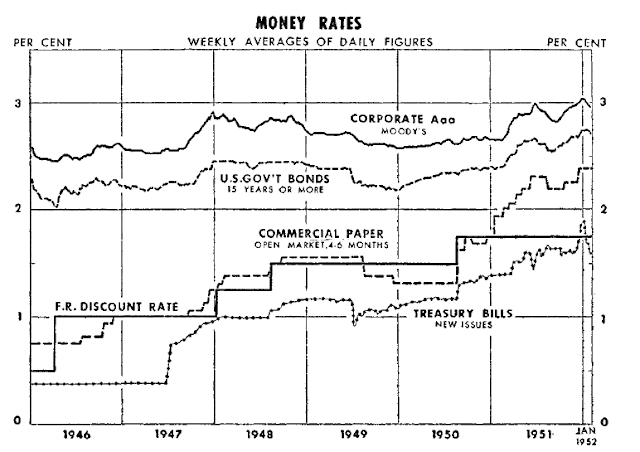 The above chart shows the overall upward drift of interest rates in the government security areas, which was primarily caused by the new arrangement between the Fed and the Treasury department.

Finally, consider the following charts of inflation from the 1952 Economic Report to the President. 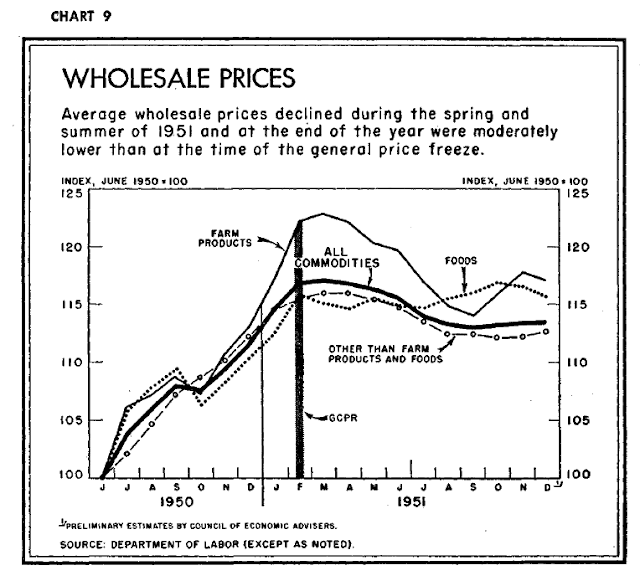 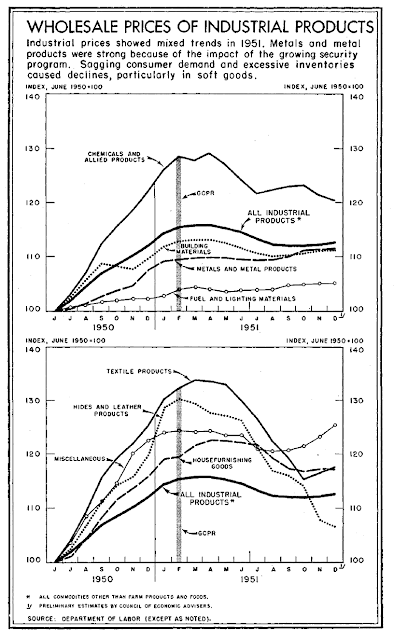 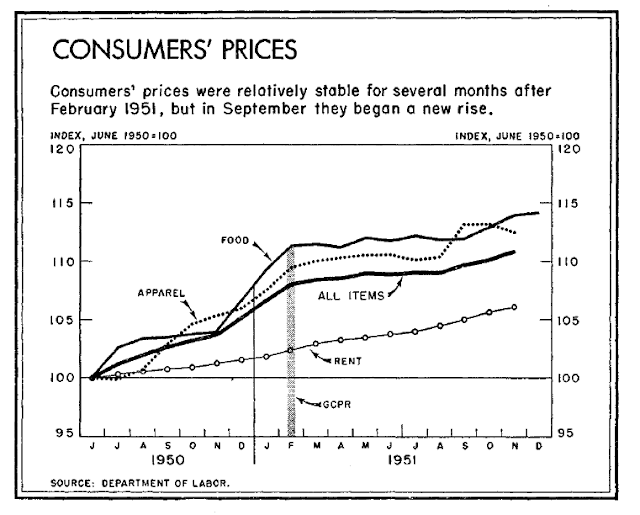