1950: GDP and Contributions to Growth 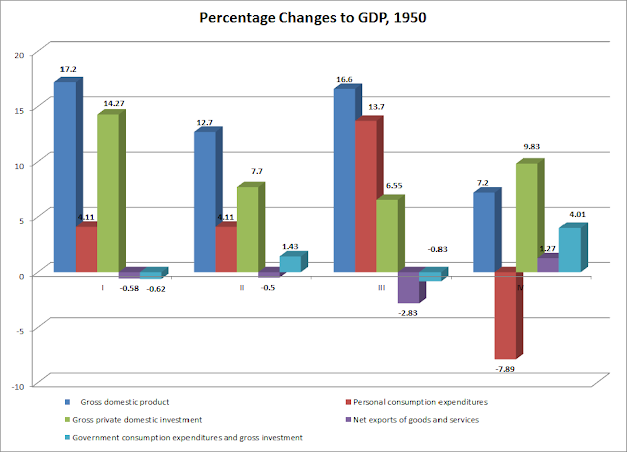 1950 was a year of incredibly strong growth.  We see percent changes from the preceding quarter of 17.2%, 12.7%, 16.6% and 7.2%.  For the entire year, we see investment and PCEs alternating as the primary driver of growth.  The incredibly strong increase in PCE's in the third quarter was caused by mass buying in anticipation of shortages because of the Korean War. 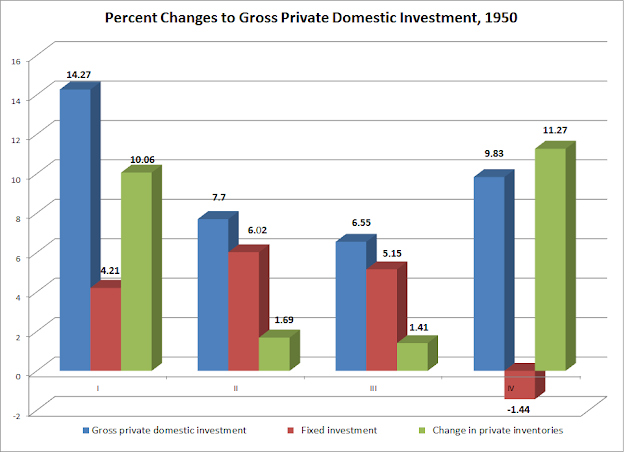 Delving deeper into the gross private domestic investment numbers, we see that inventory stockpiling was one of the primary drivers.  Interestingly, this reminds of this latest expansion when inventory rebuilds were part of the growth story, which was vehemently denied as being real economic growth by many commentators.  Also note there was a pick-up in fixed investment in the second and third quarter. 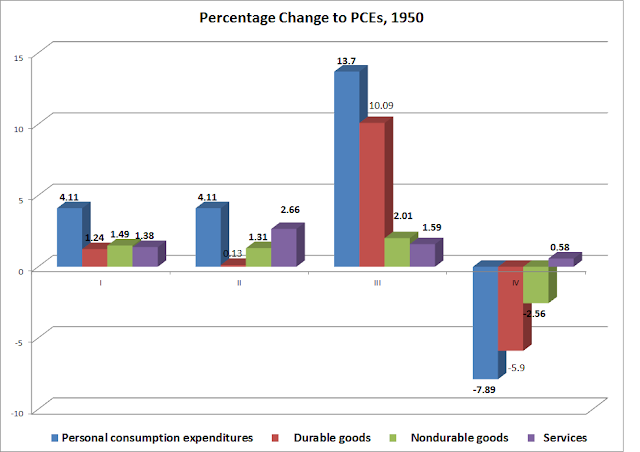 Helping spur the PCE binge was an increase in consumer credit, which had been increasing for the preceding two years.  From the 1951 Economic Report to the President: 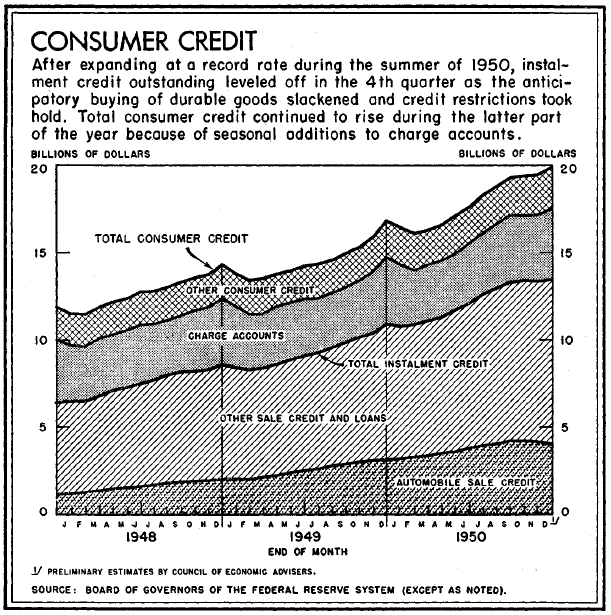