Underemployment as a leading indicator for wage growth: midyear update

One reasonable leading indicator for real wage growth is the unemployment rate, and especially the broad rate which includes underemployment, such as involuntary part time workers. Now that we are halfway through the year, let's update this comparison. 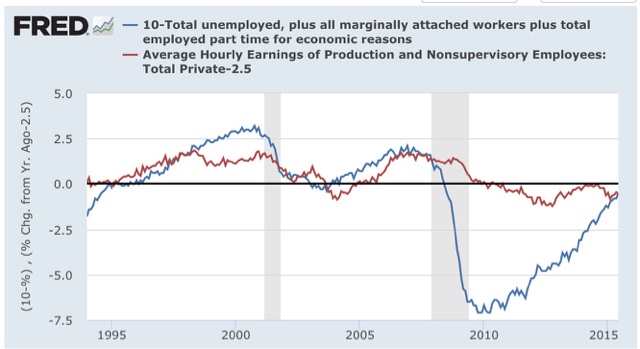 Now here is a close-up of this comparison over the last year: 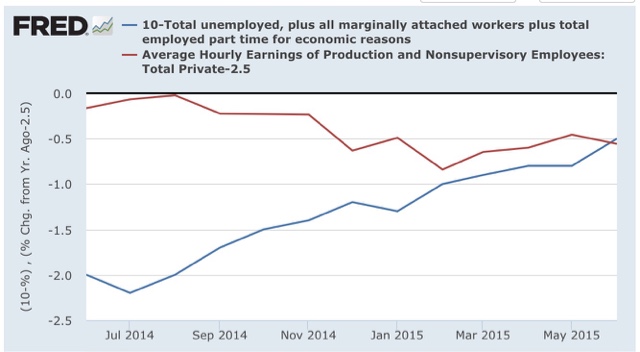 Underemployment has declined by about 1.5% in the last 12 months.  The good news is, if that rate continues, we should see wage growth start to pick up in the next 4 to 8 months. The bad news is, we are already 6 years into the economic expansion, and we've pretty much run out of room for a continued assist from declining interest rates on mortgages and other debt.
Posted by New Deal democrat at 8:07:00 AM