Even with its best year of the Millennium, the bottom 99% only received58% of total income growth in 2014

Prof. Emanuel Saez of Berkeley has updated  his income inequality data for the US with preliminary estimates for 2014.  The data, as per the accompanying graphs, shows that the top 10% gathered close to 50% of all income, just as they have for most of the past decade: 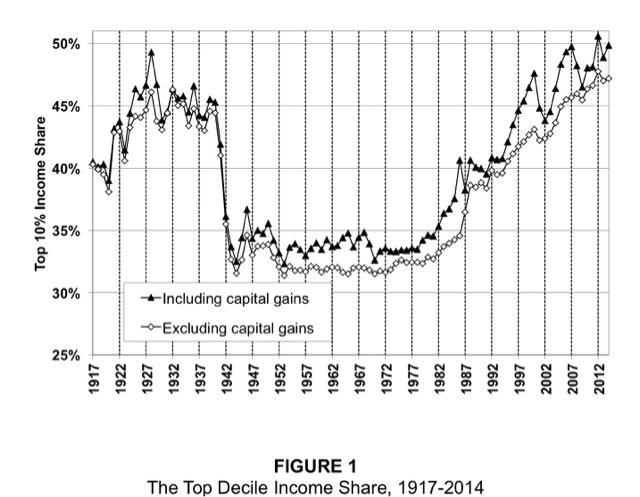 Even more striking, the top  1% continue to pull away from the remaining 99%: 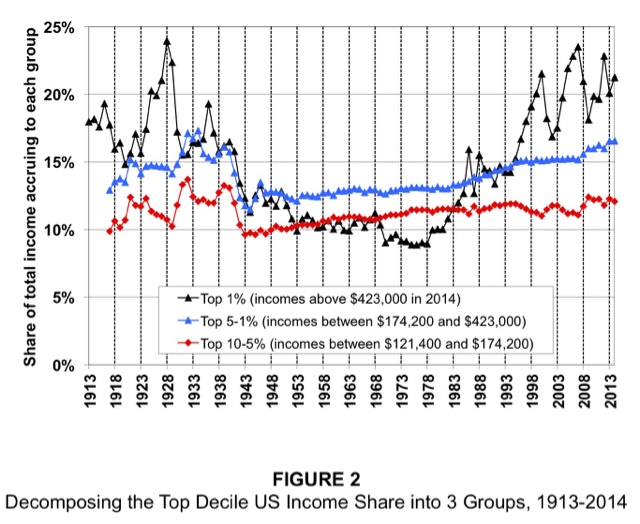 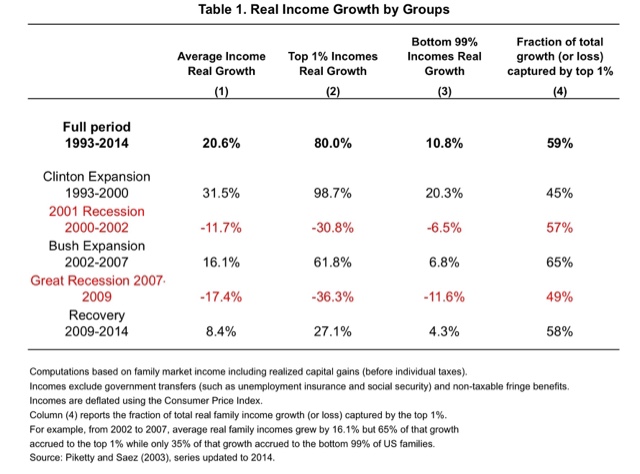 Keep in mind that 2014's income growth wasn't because employers suddenly got generous with wage increases -- they only averaged about 2% -- but rather because the price of gasoline collapsed, causing inflation to completely disappear.  And even with that boost, the top 1% still took 42% of all growth.  There is simply something deeply wrong with an economic system that generates that kind of disparity, even when the bottom 99% is having their best year in several decades.
Posted by New Deal democrat at 1:10:00 PM