When I first started this blog, I had two Weimaraners named Kate and Sarge.  At some point, I started a weekly series called "Weekend Weimar."  Every Friday I would put up pictures of Kate and Sarge as a way to signal that the week was over.

The last time I did this was about 3 years ago.  Since then we've lost Sarge, our oldest Weimar, and Cassie, out oldest Beagle.  Both died of old age.  That left us with 1 dog, which is a few too few for us.  So we adopted another Pit Bull a few months ago named Mumphrey.  So, here is a new edition of Weekend Pit Bull with Mumph and Lite.

This means it's Friday and it's time to stop working.  Go home. 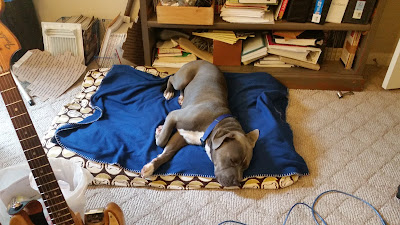 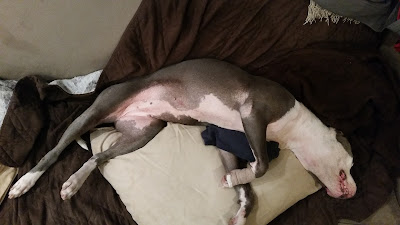