ISM manufacturing at multi-decade highs in March, while construction chilled in the February Big Texas Freeze

Two months ago I wrote that both the manufacturing and housing sectors were “on fire.” Then last month I wrote that they had “turned white hot,” with both construction spending and ISM manufacturing data at levels not seen in years. 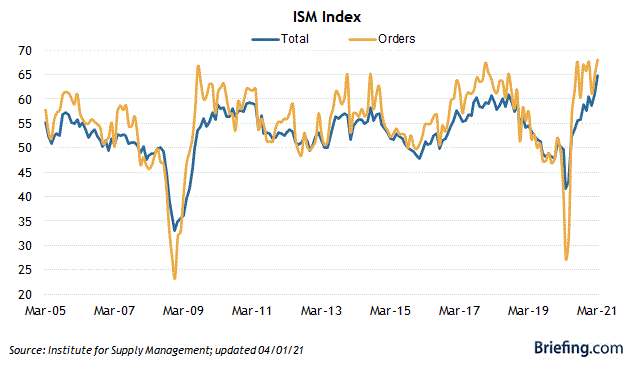 While I am concerned about 2022, as I described yesterday, this year is likely going to be absolutely gangbusters for residential construction spending, which means lots more money flowing through the economy as a whole.
In short, this morning’s two reports together show that manufacturing and housing, the two most important leading sectors of the real economy, remain likely to power very strong GDP gains this year.
Posted by New Deal democrat at 9:51:00 AM