Equity Market Review For the First Week of 2015 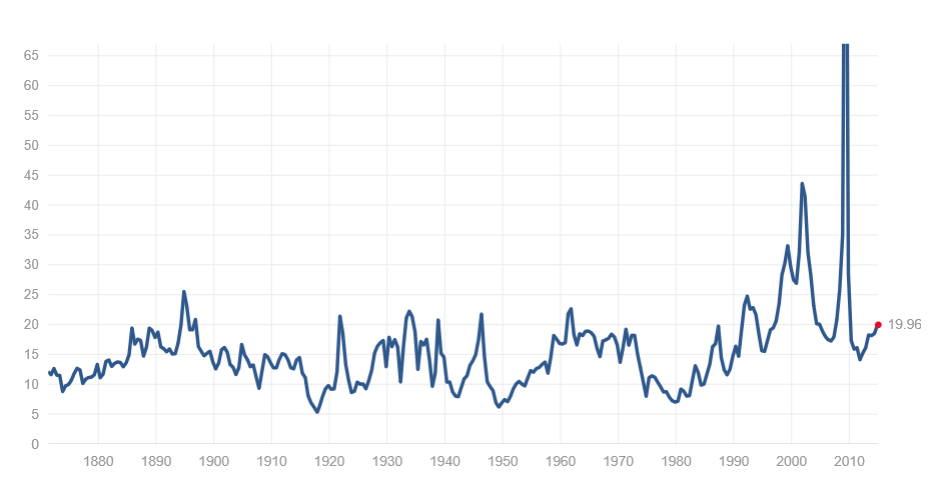 With an overall PE of a little under 20, the S&P 500 is historically expensive.  As the economy is currently expanding at a strong rate, the downside potential of the market is somewhat limited (barring an extraordinary shock).  However, corporate earnings and overall growth need to expand to move the market higher beyond say 5%-10%. 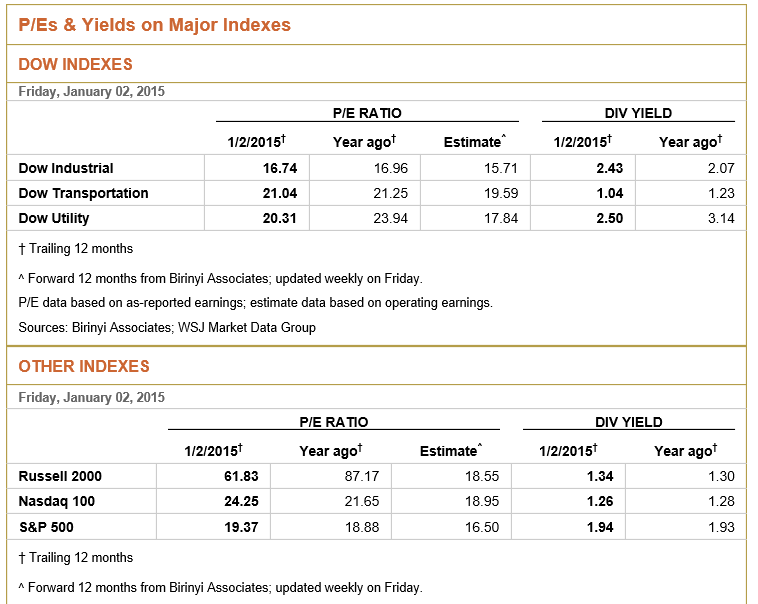 Other indexes are also pricey.  The NASDAQ is at high levels as is the transportation index.  The Dow is pretty expensive as well.

The above valuation metrics mean that if we want to see a strong upside move in the market -- one supported by fundamentals -- we need to see economic growth and an increase in corporate profits.  This is more than likely. 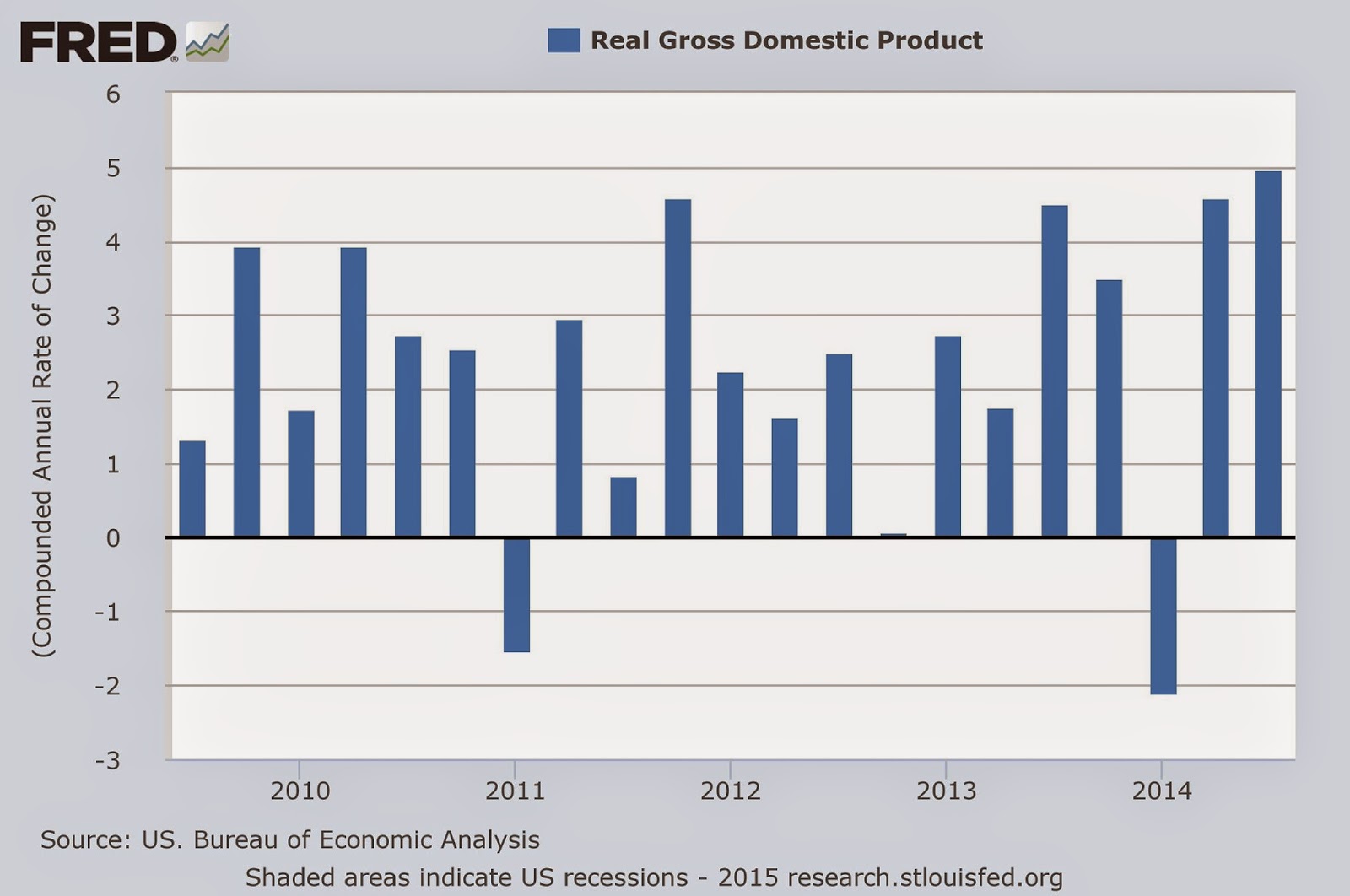 The overall rate of economic growth is strong, coming in at a 5% annual rate in the latest reading.  And, we've only seen one quarter of contraction in the last seven quarters -- a contraction that was largely caused by inclement weather.  In addition, both the leading and coincident indicators are moving higher:

“Widespread and persistent gains in the LEI point to strong underlying conditions in the U.S. economic expansion,” said Ataman Ozyildirim, Economist at The Conference Board. “The current situation, measured by the coincident economic index, has been improving steadily, with employment and industrial production making the largest contributions in November.”

And, corporate profits are also increasing: 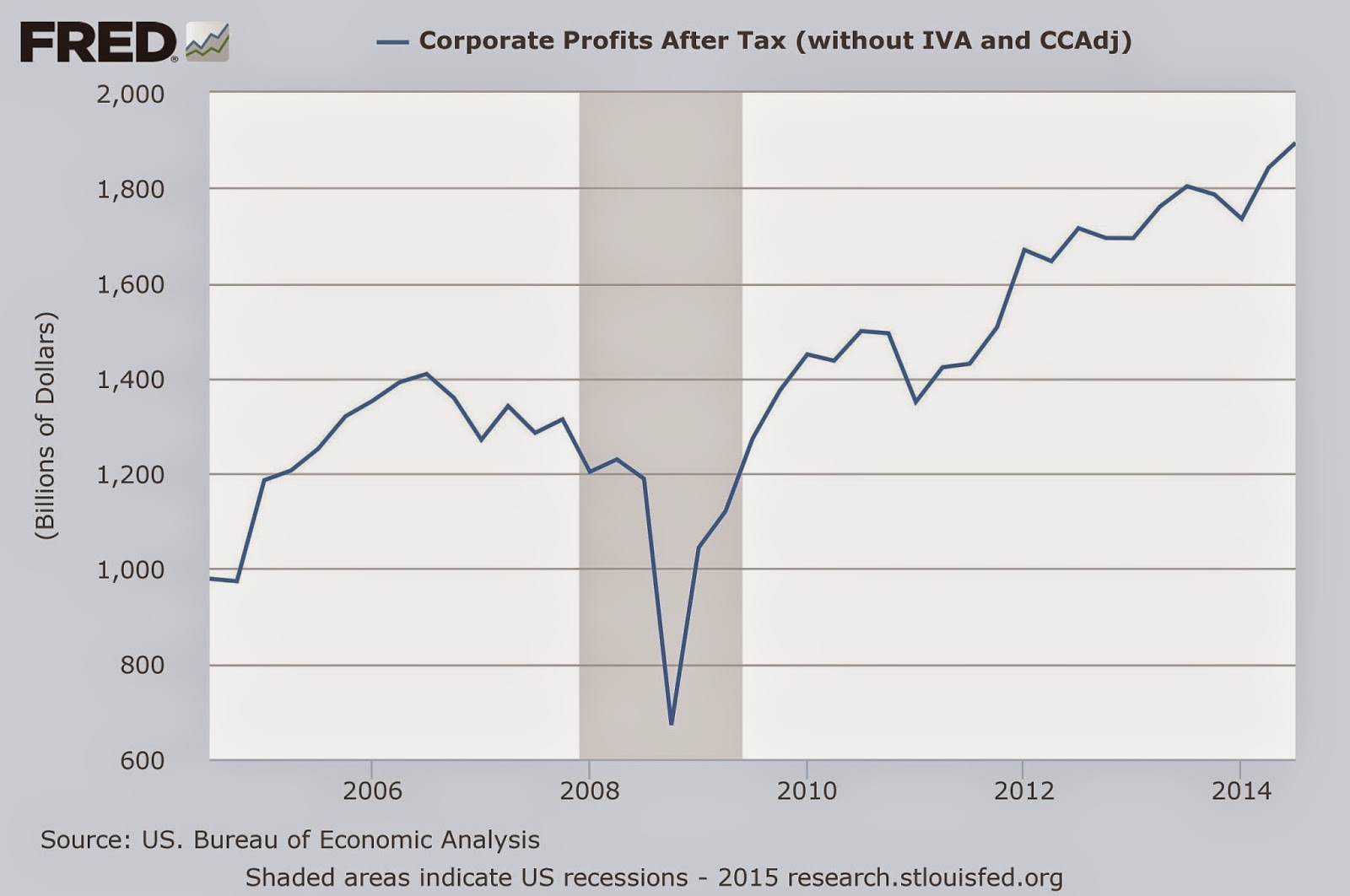 Overall profits have increased from $1.4 trillion at the beginning of 2011 to their current level of a little under $1.9 trillion.

To conclude this introduction, the market is expensive.  However, the economy is growing at a strong clip, leading to an increase in corporate profits which not only supports the current price levels but future price advances. 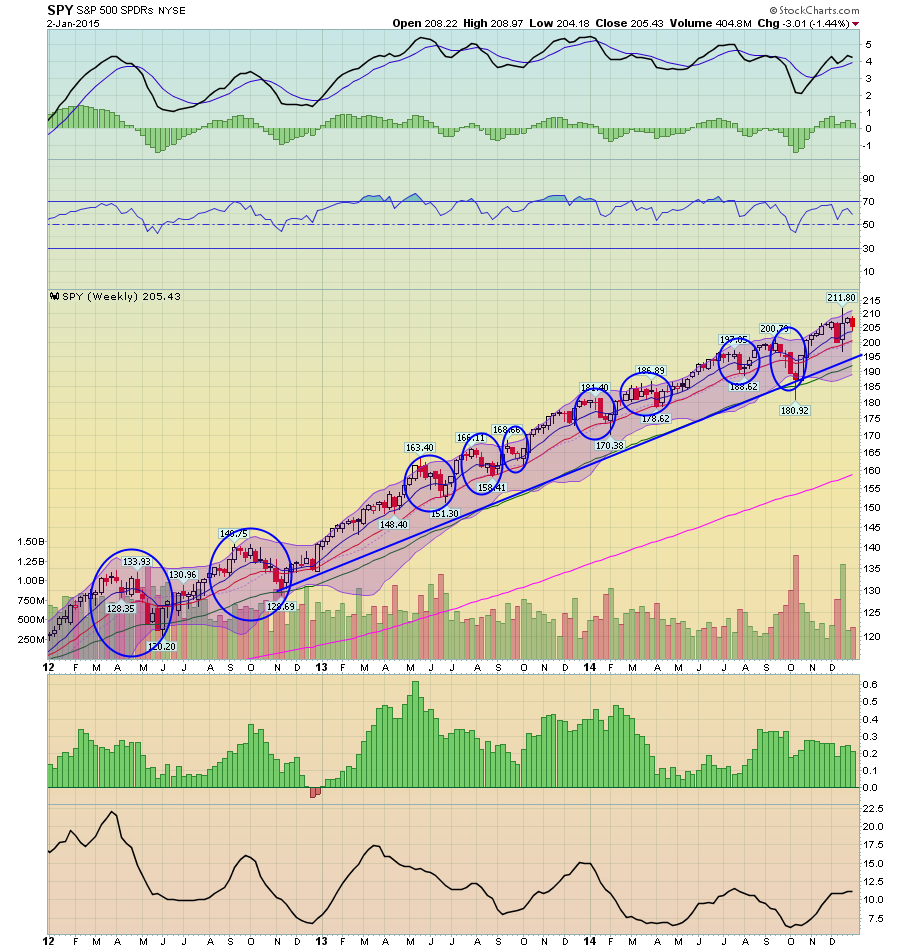 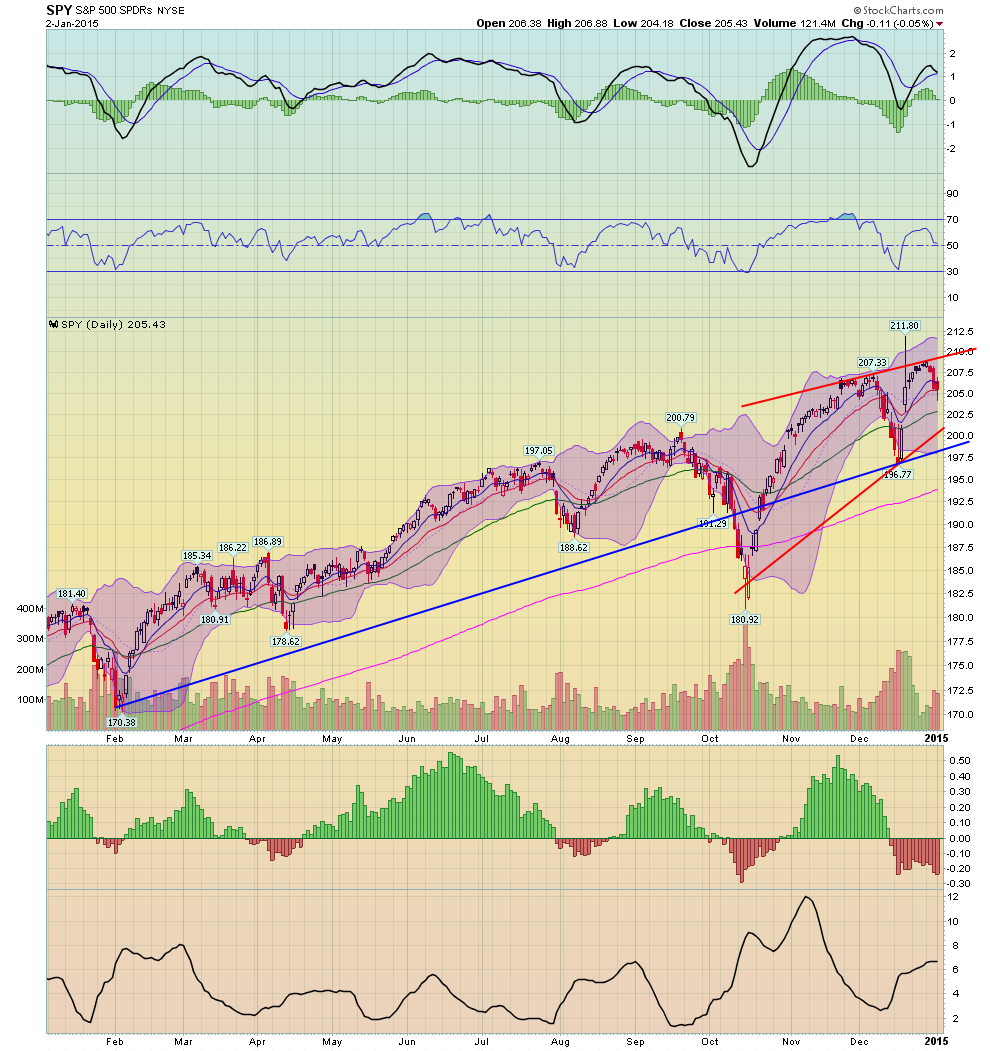 The daily picture also show a solid rally with a trend line connecting the lows of early February and mid-December.  There is a price drop through this trend line in early-mid October.  However, the drop was extremely brief and prices rebounded almost immediately, making this a failed correction.  There is also an upward sloping wedge pattern (outlined with two red trend lines).  However, don't get too excited,

It's probably best to consider the wedge a consolidation pattern.

So, we start the year with an expensive market, but a solid economy with a strong corporate earnings environment.  That means we have a higher likelihood of moving higher.