Courtesy of the huge decline in gas prices, in November consumer prices actually declined by -0.3%. Not only does that bring the YoY inflation rate down to +1.4%, but because of this deflation, at least two important measures of wages set records.

The most important record is that in real aggregate wages per capita.  What this measures is how much in real, inflation-adjusted wages are being paid out for each person in the US population.  This further tells us how much, in real terms, wage-earners in the aggregate have to spend on their families.  Here's the graph: 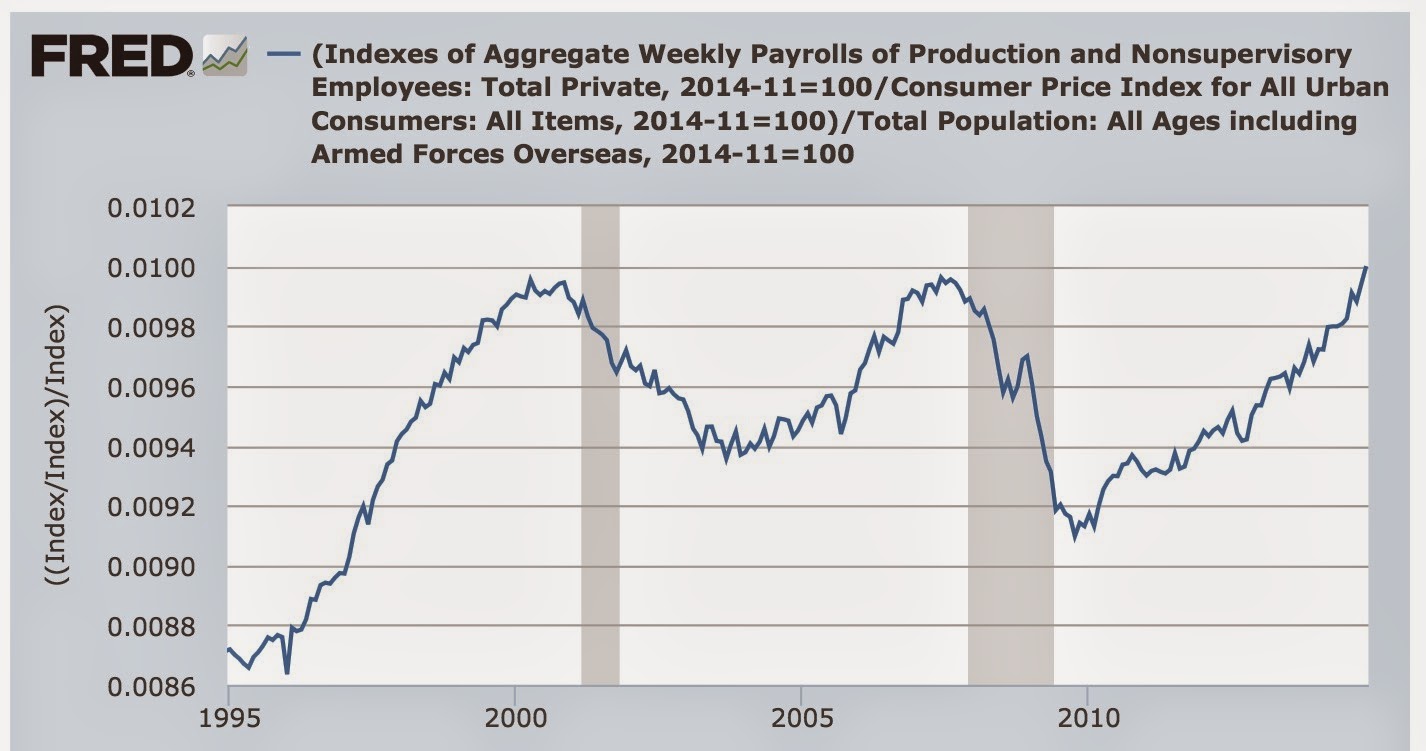 This just set an all time record in this metric, which goes back 50 years. 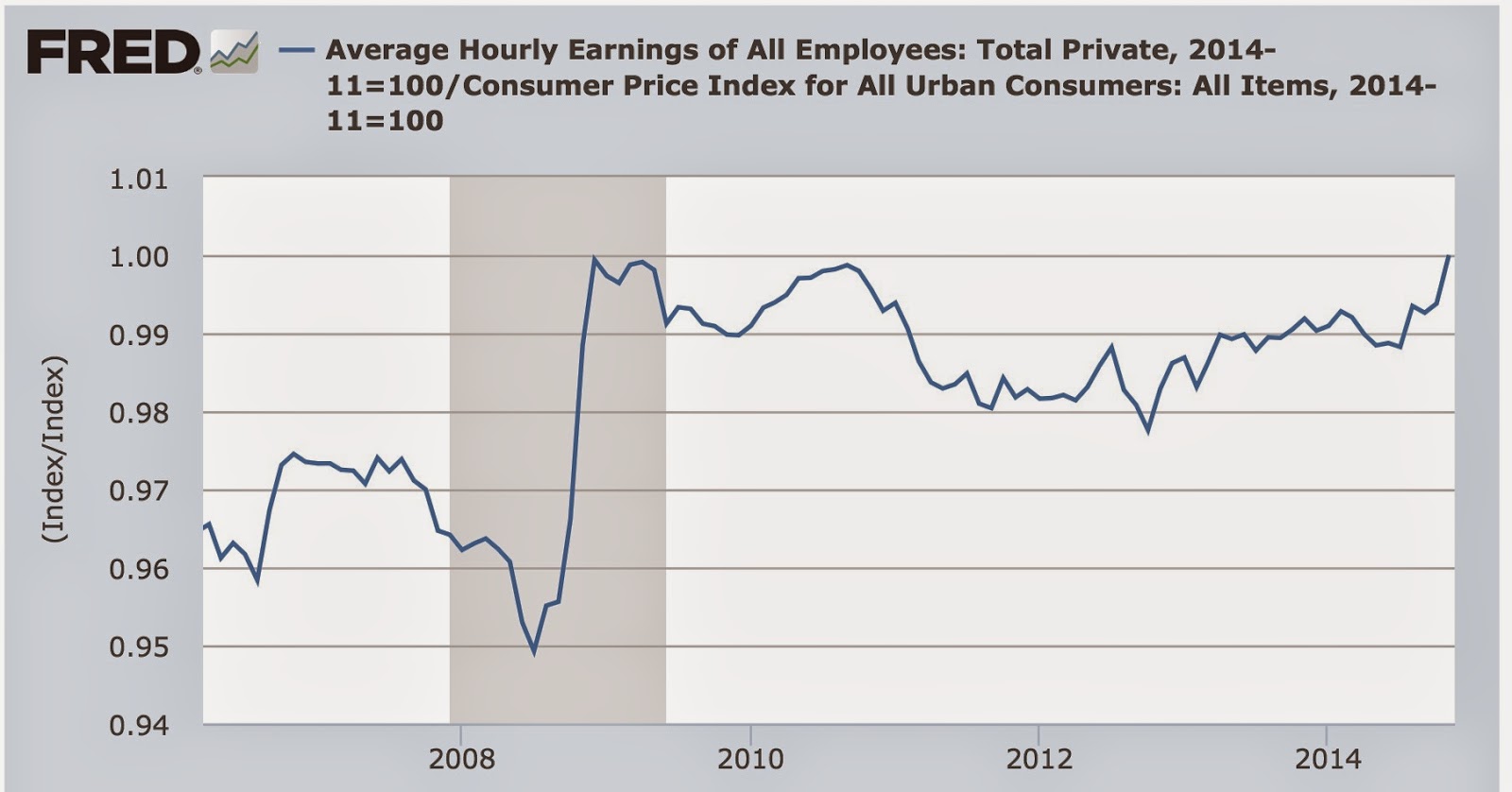 This series is less than 10 years old, so this is a record for the series.

Finally, while it did not set a record, here is a look at real, inflation-adjusted wages for all nonsupervisory workers (a more representative series for middle and working class Americans): 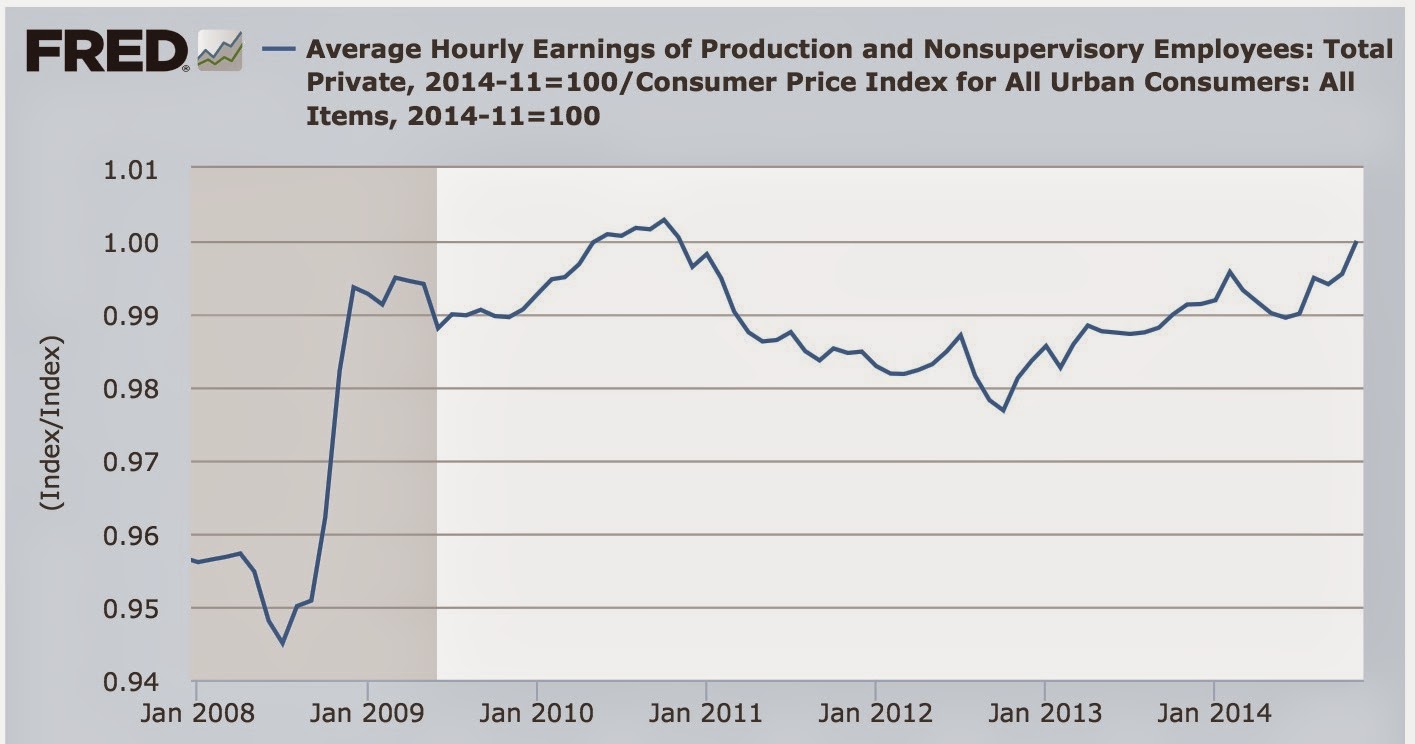 As a result of the boot due to declining energy prices in November, this series is only 0.3% off from its October 2010 post-recession peak, and thus only 0.4% from a 35-year high, as shown in this graph showing the entire 50 years of this metric: 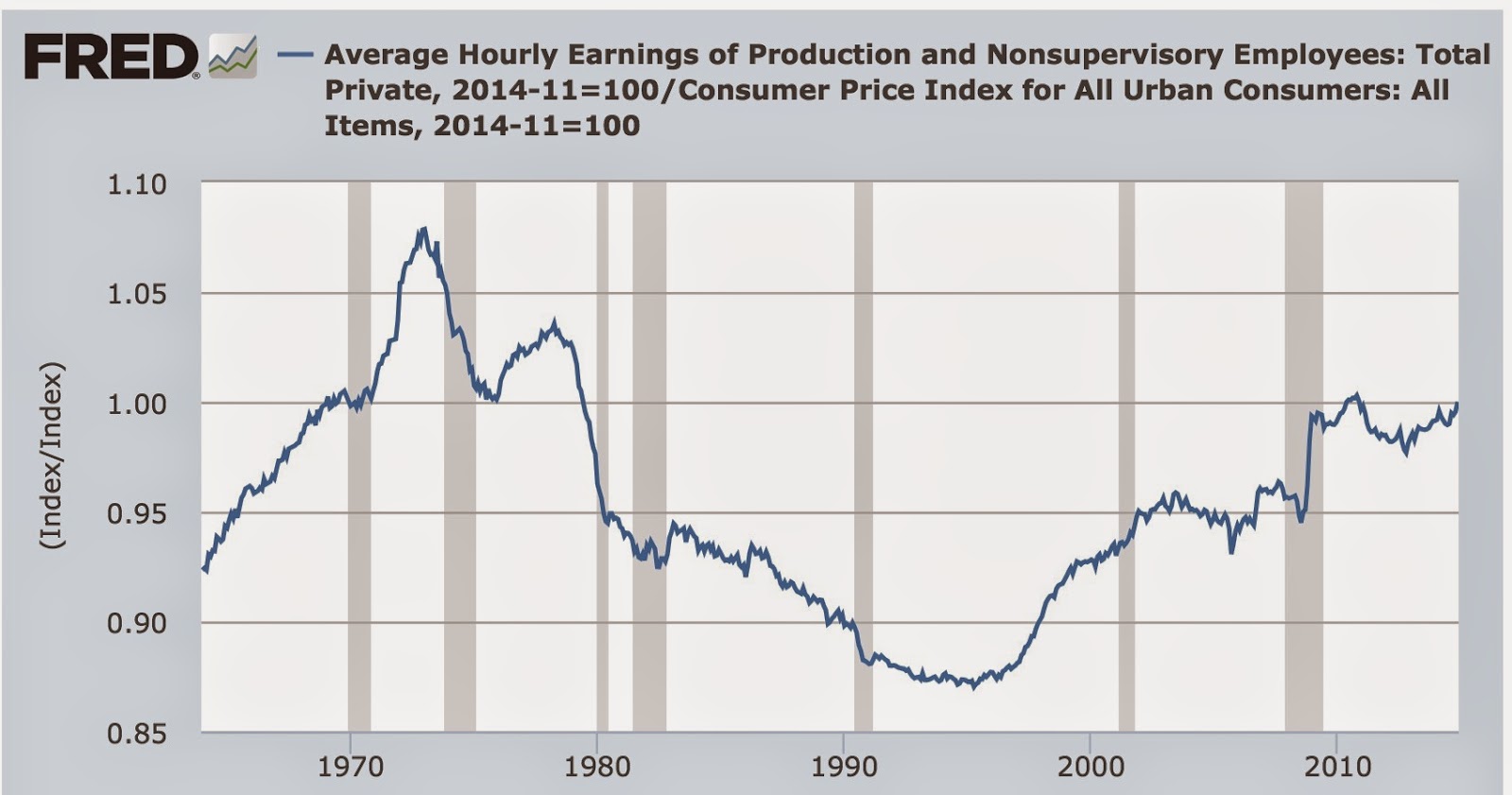 None of this should take away from the fact that workers have not been rewarded by owners for their increased productivity over the last 40 years.  Because of this, in the larger view, wages are still stagnant.  But this is real, solid progress, and it deserves mention.  And it is all because of the breaking of the Oil choke collar.