No, Business Insider, consumer credit is not a leading indicator

I think I am going to have to start a list of rules called How to Spot Crappy Economic Analysis on the Internet.  One such rule would be "Ignore any analysis that only includes a chart going back one recession."

Regrettably, Joe Weisenthal of Business Insider, who is a thoroughly decent guy and has cited me favorably in the past, is the prime example of this type of crappy analysis this week, and even more regrettably, his crappy analysis got favorable treatment by my friend Jeff Miller of a Dash of Insight.

On Friday, Weisenthal highlighted the recent acceleration in bank lending to consumers as the "best news of the week" because "The total amount of loans and leases held at commercial banks in the United States just hit yet another post-crisis high," citing this graph: 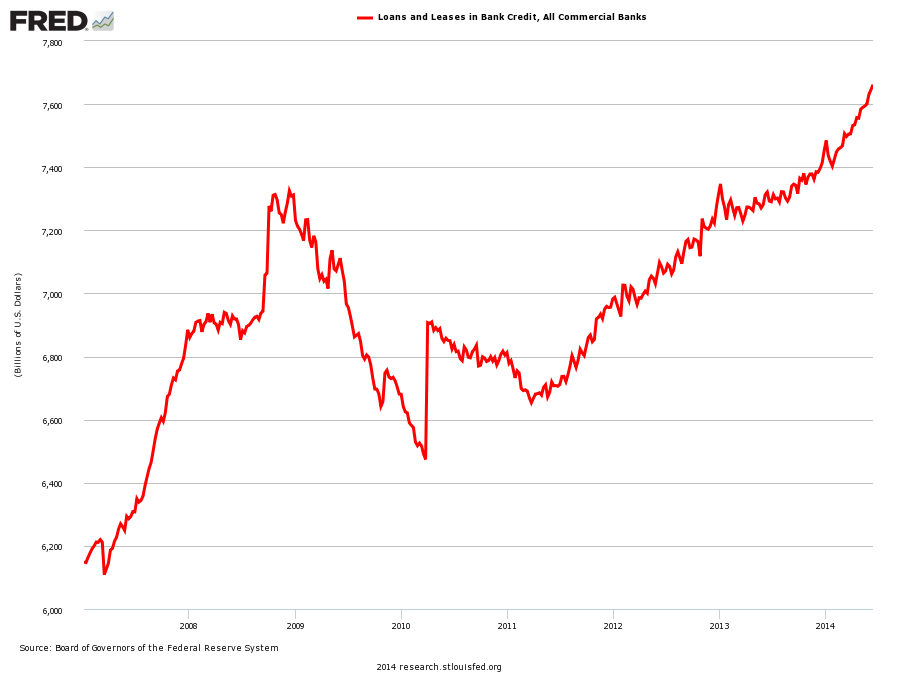 He then went on to say that  "More exciting, perhaps, is the year-over-year change in the amount of total credit," and provided this graph of the YoY% change in consumer credit: 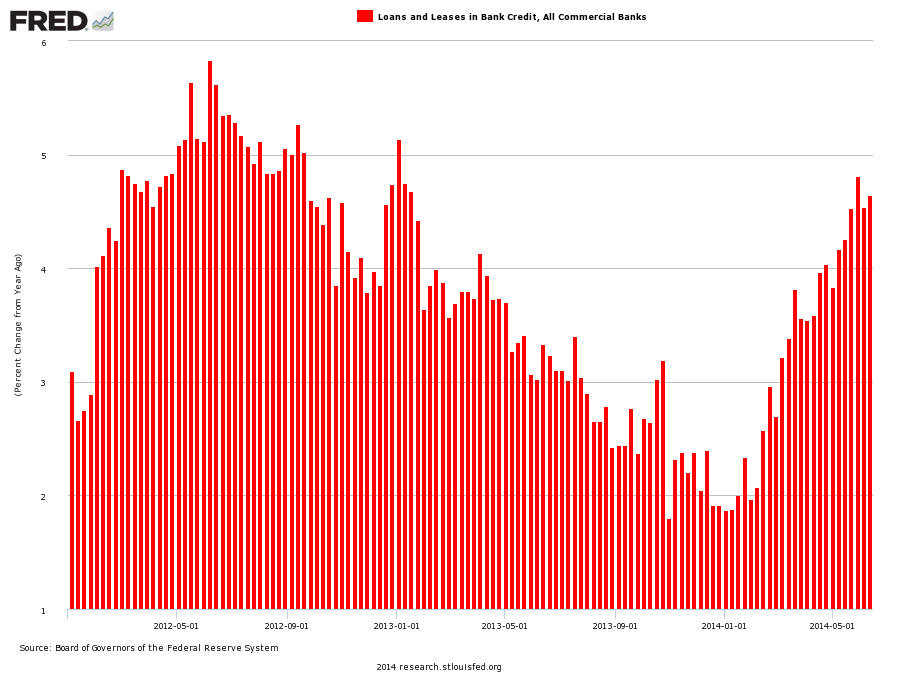 This analysis is so bad, it is even contradicted right within the first graph above.  Take a look at when the prior peak was, and the time period of the upward trend to that peak.  Weisenthal's graph shows that consumer credit grew for almost a year into the worst recession in the last 75 years, and peaked in the middle of that recession. Furthermore, it continued to decline for more than two years after the recession ended.

But, in reference to my rule, let's take a look at what the long-term graphs of bank loans for consumer  credit, going back over 40 years, show. 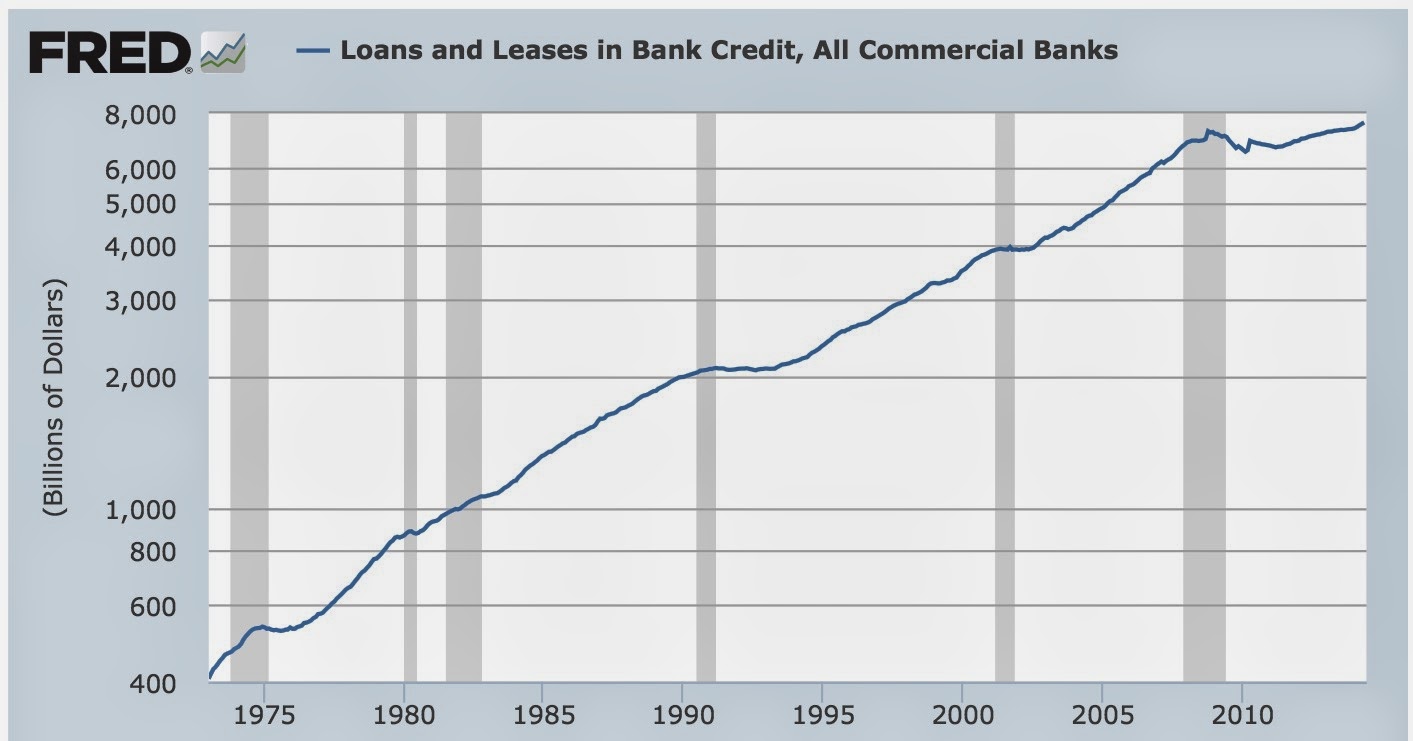 This graph shows that bank loans for consumer credit have risen into every single recession in the last 40 years, and remained flat for a period after the recession ended.

Looking at the same data YoY, as Joe's second graph does, make the lagging pattern even more clear: 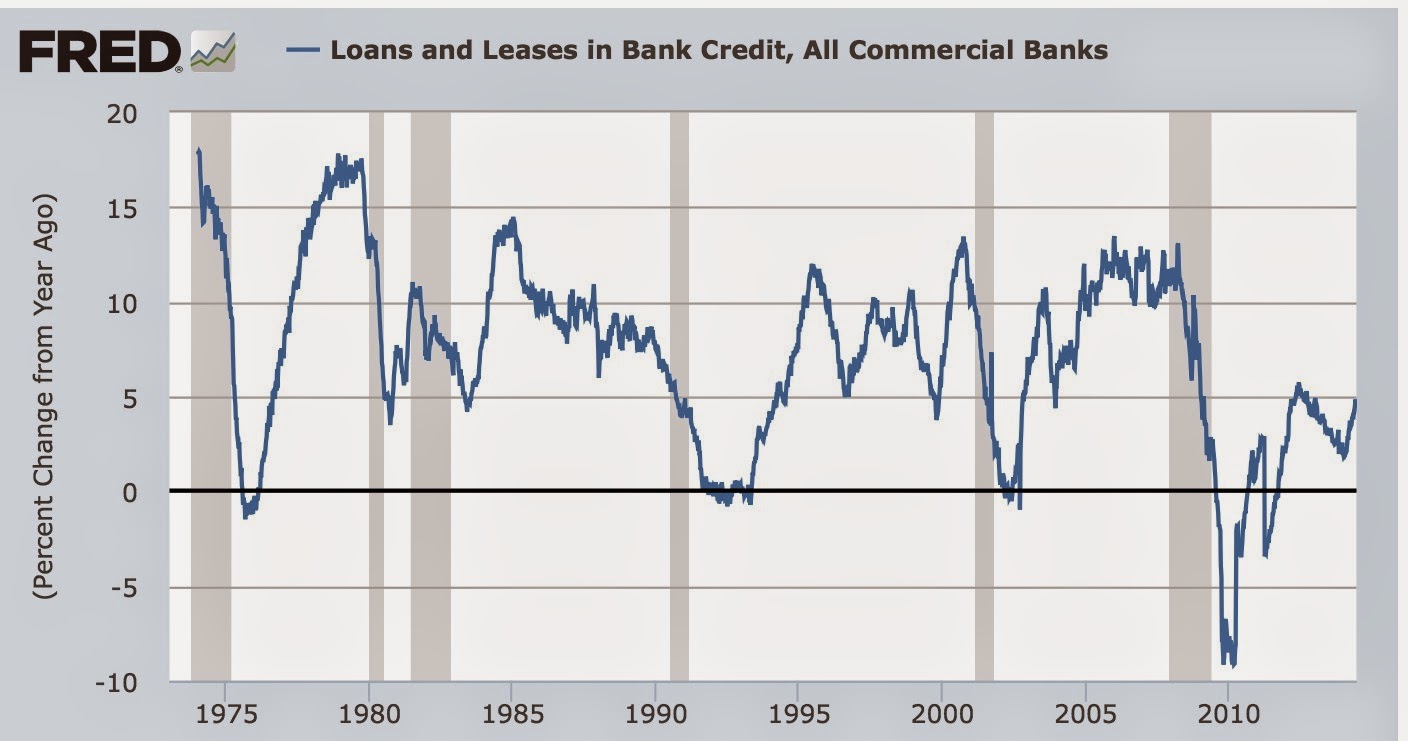 The YoY% change in bank loans to consumers has typically peaked shortly before, or even after the start of, recessions.  It almost always continues to decline until well after the recession is over.

The simple fact is, bank credit rises, even accelerates, well into recessions, and decelerates or declines well after recessions have ended.

Credit is the lifeblood of the economy. We're now well past the cold winter, and the trend of more and more loans and leases being made is a sign of an economy hitting into high gear

is just flat out wrong.  History shows that "the trend of more and more loans being made" is a sign of an economy that has been in high gear.

It is not a forward looking indicator at all.