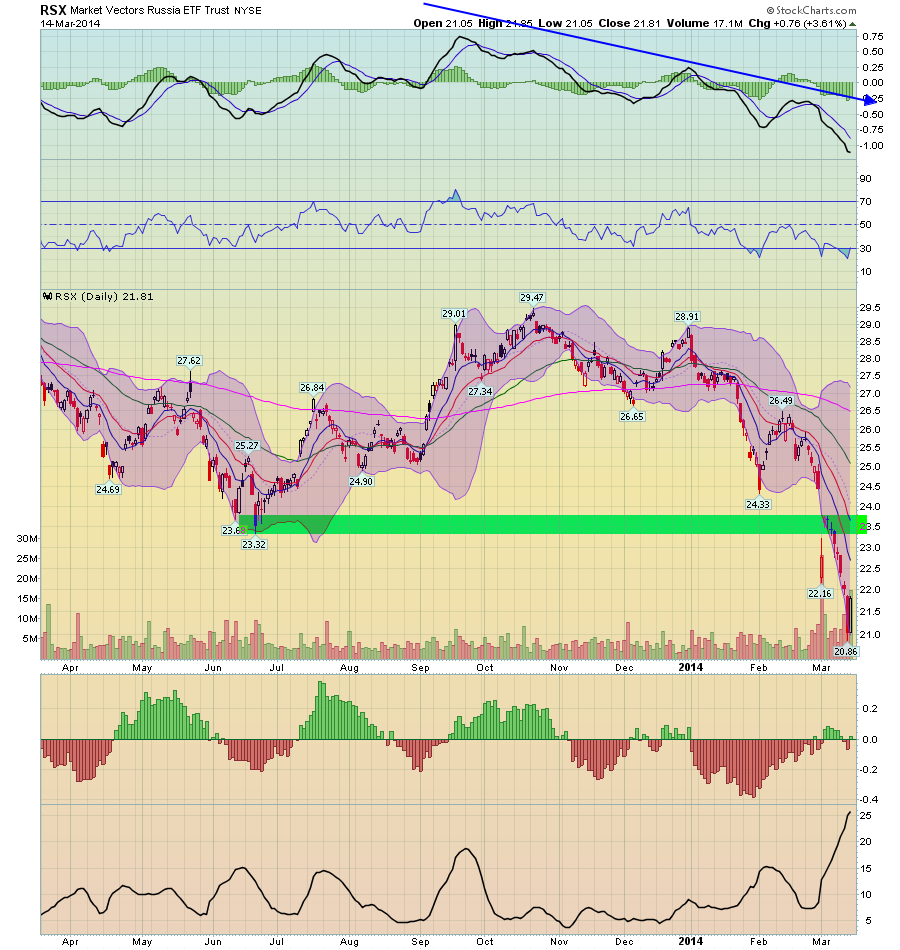 Even before the Crimean situation, the Russian ETF was in trouble.  After peaking at 29.47 in October of last year, the ETF has been continually moving lower.  Price broke the 200 day ETF for the first time in December of last year and again in January 2014.  As the situation in Eastern Europe has intensified, so has the strength of the downward move.
Posted by Unknown at 7:22:00 AM