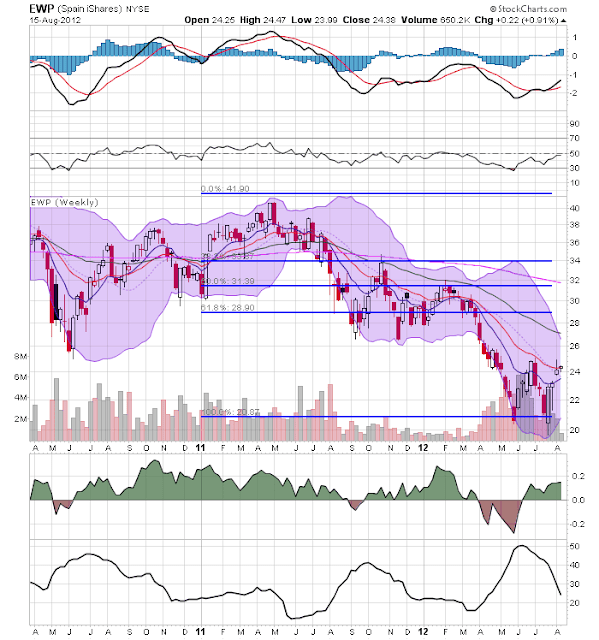 The weekly Spanish chart shows the market may be making a bottom.  First, notice the depth of the sell-off; prices moved from 40 to about 21 for a drop of almost 50%.  However, prices have twice attempted to sell-off to the 20/21 area.  Also note the first sell-off was done on much higher volume than the second. 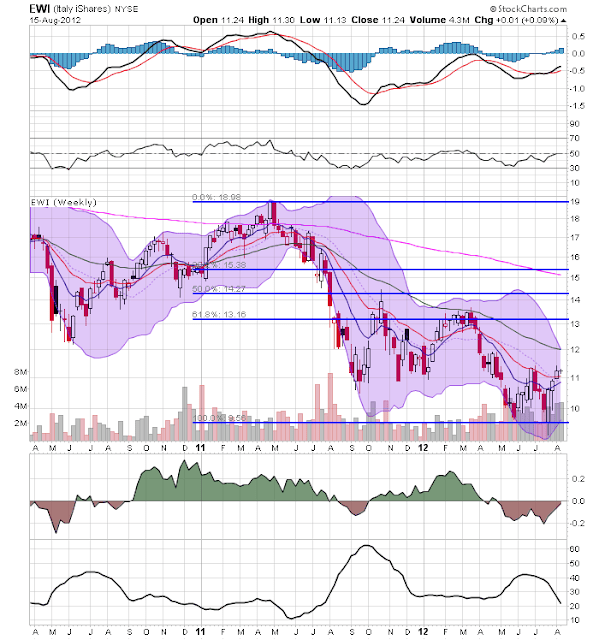 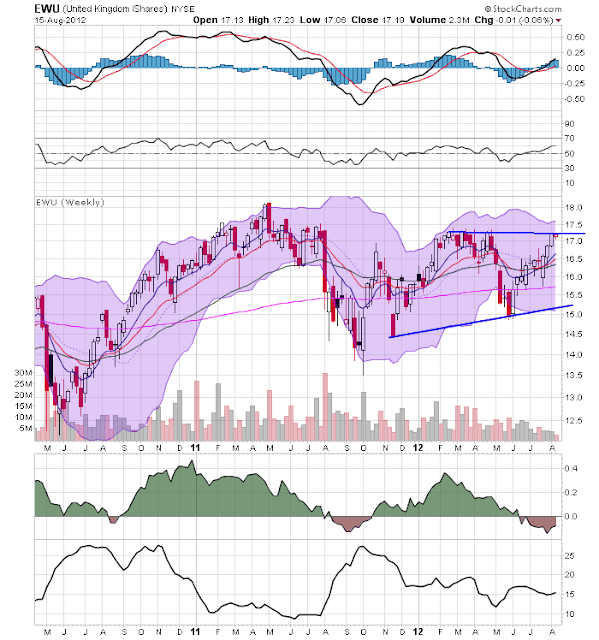 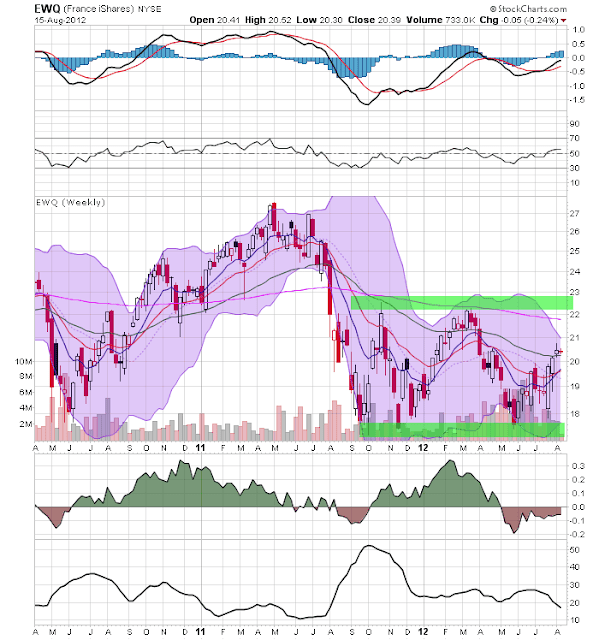 The weekly chart of the French market shows that prices have been consolidating in a sideways pattern for nearly a year. 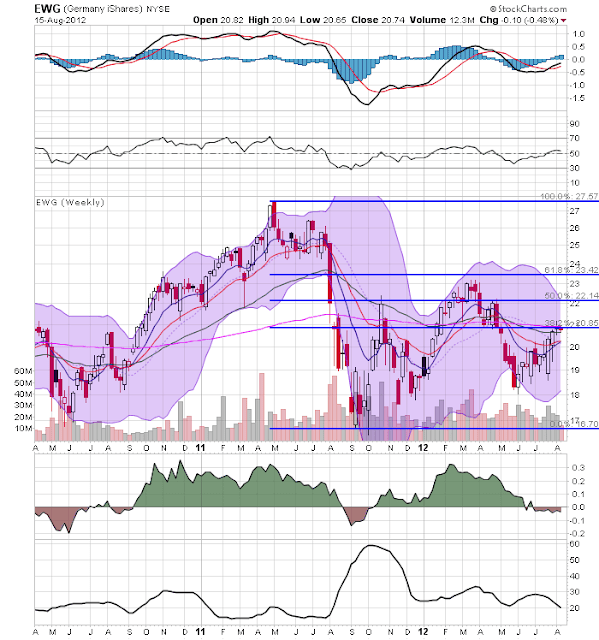 The weekly German chart has no pattern.  However, prices are right at the 200 day EMA and are in the middle of a multi-month rally.
Posted by Unknown at 6:42:00 AM