1953: GDP and Contributions to Growth

According to the NBER, the early 1950s expansion lasted from October 1949 to July 1953.  We can clearly see the contraction in the last two quarters in this chart: 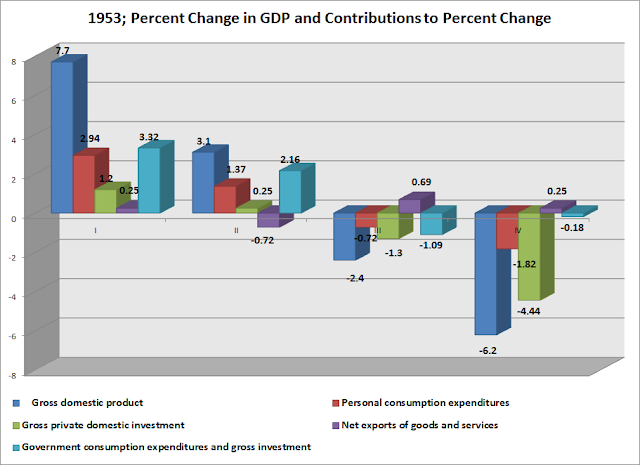 Also note the severity of the contraction, especially in the fourth quarter, where we see the economy contract by 6.2%.  That's a very large drop, and one we're not use to seeing.