As you probably already know, April new home sales blew out to the upside, making a new 8 year high at 619,000 annualized.  *If this holds up,* it is very important positive economic news, since new home sales tend to peak even before housing permits, so much so that they are more of a mid-cycle indicator than a long leading indicator!  In fact, it would be the single most positive news of the year to date.  Here's the updated graph from Calculated Risk: 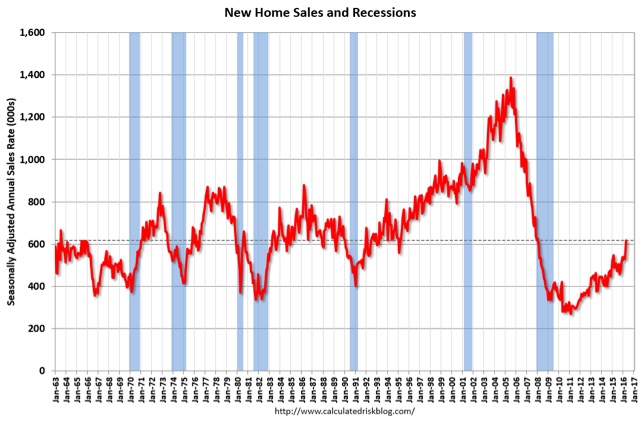 But that *if* is very important.  New home sales tends to have upside or downside outliers once or twice a year.  And large revisions to those outliers are the norm.  For example, August 2014 was originally reported at 504,000, but the next month was revised down to 466,000.

So it remains a significant possibility that this months blowout number will be revised down, and yes possibly as much as 70,000, which would put it under February 2015's previous high.