Like retail sales earlier this week, industrial production rose strongly, also mainly on the back of motor vehicles. 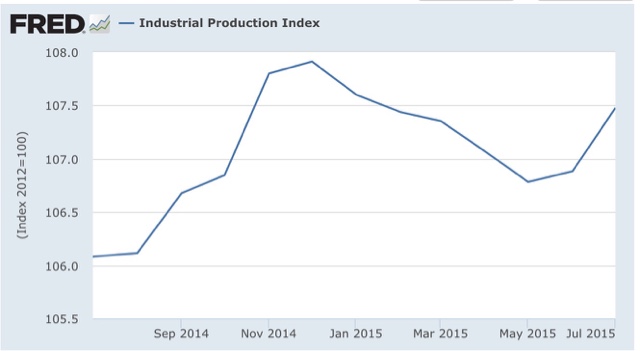 Below are the three main component groups - manufacturing, mining, and utilities: 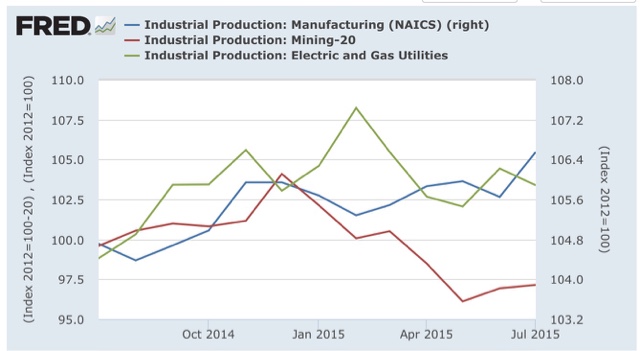 Manufacturing is the largest sector, so the big increase there overwhelmed the decrease in utilities.  Mining, of course, has suffered as part of the Oil patch, but had a little rebound in July.

Industrial production is basically the King of Coincident Indicators.  The NBER historically has almost always dated the beginning and end of recessions as of the date industrial production turns. To put this in a longer term context, as shown in the below graph, the recent downturn wasn't enough to set off recession alarm bells: 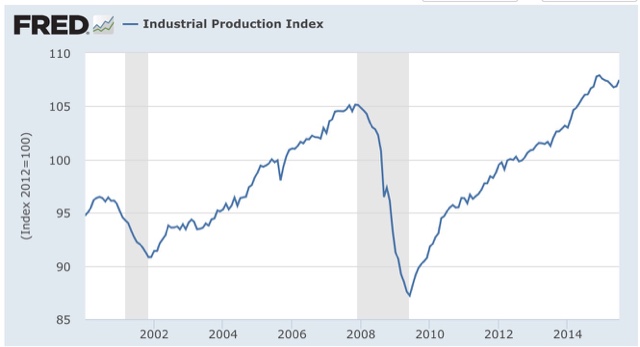 Not a perfect report, but a solid one. The pessimists will point out how much the increase relies on autos, and seasonal issues with retooling, but since motor vehicles are the second most important sector after housing, the increase remains real and important.  This with retail sales earlier this week and the employment report last week have gotten the 3rd Quarter off to a good start.