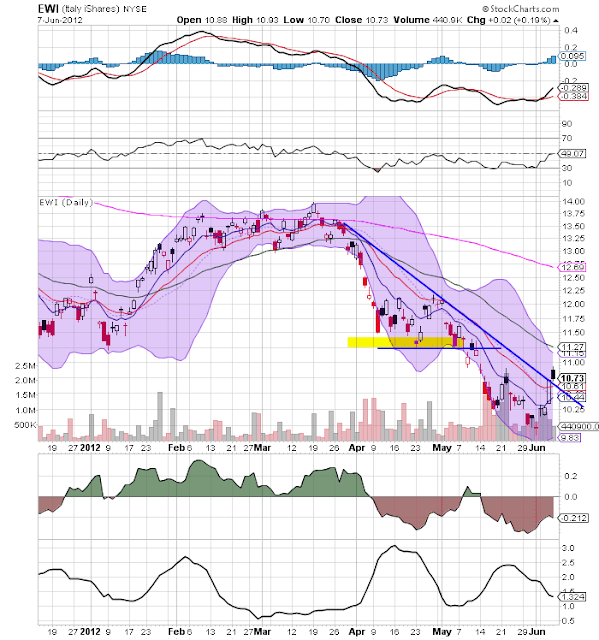 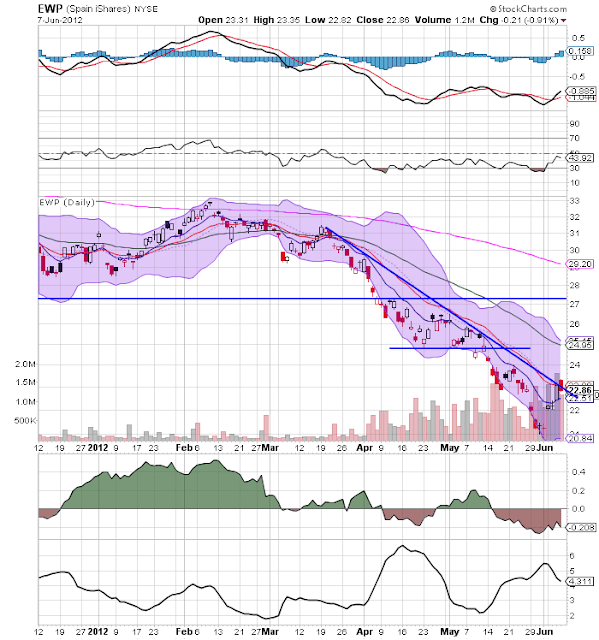 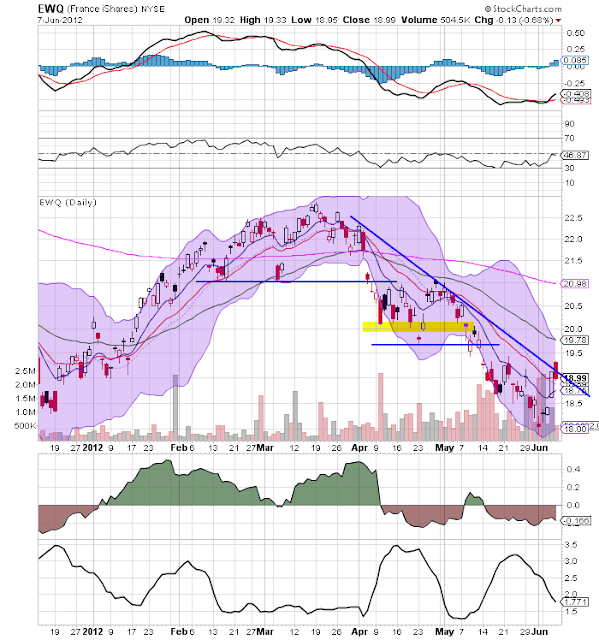 The Italian, Spanish and French markets are in the middle of a quick, technical rebound.  The best point of all charts is the declining BB width, telling us that volatility is dropping.  The Italian market is in slightly better condition, as prices have moved completely through a downward sloping trend line, while Spanish and French prices broke their respective trend, but then fell back.  At this point, there is no reason to think of these as other than technical rallies from oversold positions. 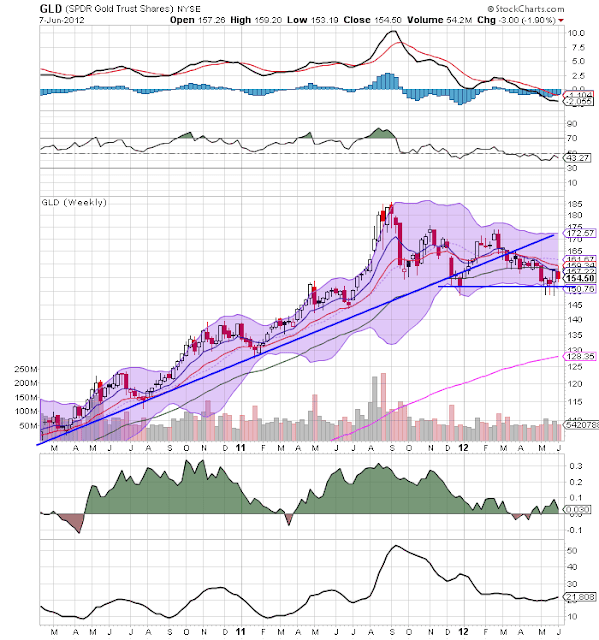 Gold is in an interesting position right now.  The bulls will still be arguing that runaway government spending requires a hedge -- as does the EU situation.  However, inflation is contained and dropping across the globe.  As such, I don't see the need for gold to move one way or the other right now. 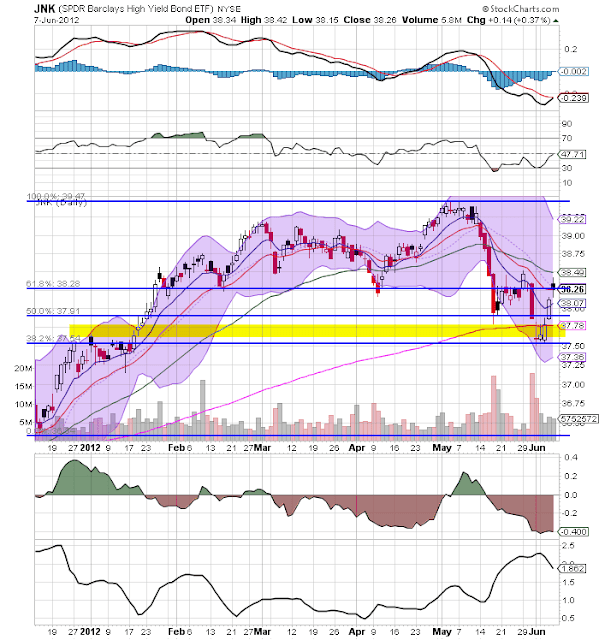 The junk bond market has sold off a bit over the last month or so, with prices falling to the 38.2% Fib level from the end of 2011-early May rally.  However, note the declining momentum picture over the last 5 months, and weaker CMF reading as signs that this move lower was forecast. 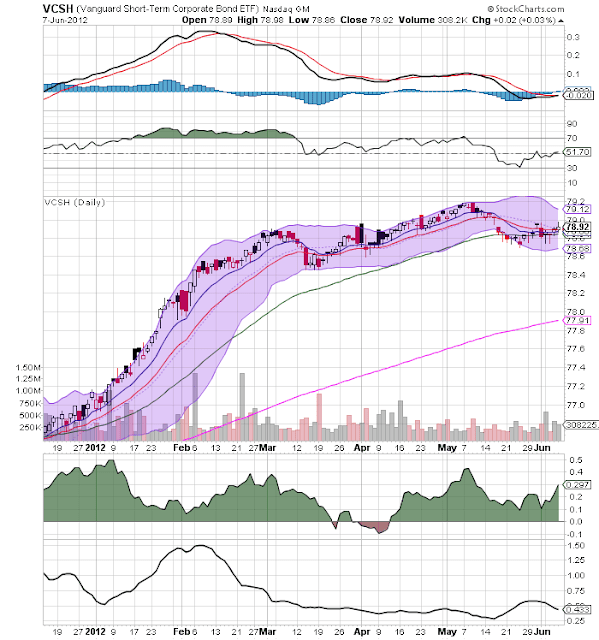 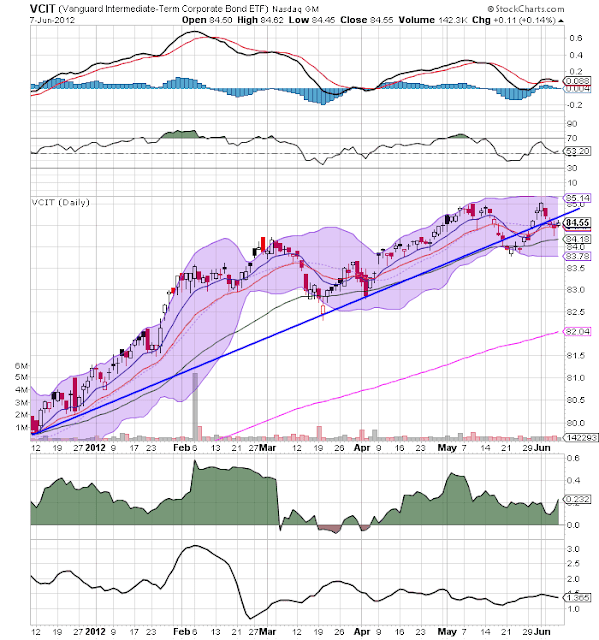 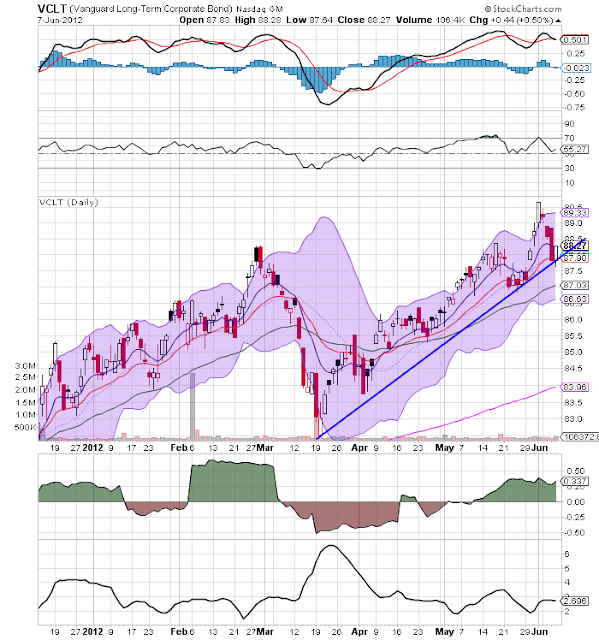